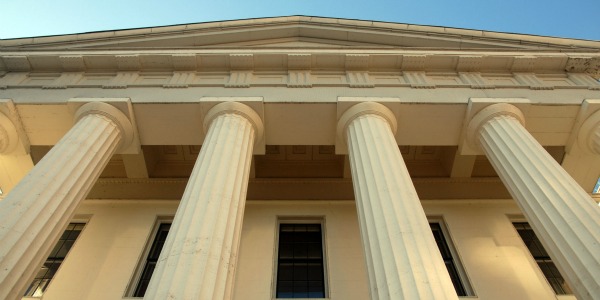 The public may think of Microsoft as a company of computer geeks, scientists, innovators, and technicians, but Microsoft thinks of itself as a “company of immigrants.”

And it’s this astute awareness of the diversity of its employees and their origins that has led Microsoft to pursue legal programs that aid immigrants and their families.

“Microsoft is actually a company of immigrants, more so than most institutions. We have about 40,000 employees in the United States, and roughly a third of them come from some other country. They come, in fact, from over 140 other countries,” shared Microsoft’s General Legal Counsel, Brad Smith in a recent interview.

“In Washington State, for example, we have 12,000 employees who have come from elsewhere, and those 12,00 employees have 15,000 dependants: spouses, children, others,” Smith said when he announced the launch of one of Microsoft’s greatest, but least recognized projects in the Fall of 2008.

It’s a point Smith emphasizes every time he talks about KIND, “Kids In Need of Defense,” Microsoft’s recent nationwide volunteer project. It’s the primary reason the company reached out in the way that it did – by representing unaccompanied children in immigration courts in the U.S. Approximately 8,000 kids from all over the world come to the U.S. each year without a parent or legal guardian and are apprehended and placed in U.S. custody. An unknown number of children come alone but are undetected.

“Those 8,000 kids in many ways reflect the diversity of the world. They come from all over the world and they’ve been separated from their families in an extraordinary variety of different circumstances,” Smith said.

In the past eight years, Microsoft has been quietly, but steadily making a difference in the lives of immigrants with a program called Volunteer Attorneys for Immigrant Justice (VAIJ). But in the last two years, they’ve branched out with the launch of KIND to help unaccompanied immigrant children who get caught up in the immigration system as well. It wasn’t an afterthought.

KIND was born from a realization that there were thousands of unaccompanied children who had legal needs as well as those who were detained in the company of adults.

“They (Microsoft) tuned in early to what was happening in the Seattle area in terms of immigrants who did not have status in the region and were taken into custody by the federal government,” Wendy Young, Executive Director of KIND said.

“So they started a local NGO called VAIJ just in Seattle to work with immigrant detainees and unaccompanied children. Brad Smith quickly realized that because of the existence of VAIJ, Seattle was the only region in the country where 100% of the children were being represented in court. He started asking his staff about what was going on in the rest of the country. When he realized the extent of the problem and how big it really was, he decided that Microsoft should launch an effort to try and provide 100 percent representation to all unaccompanied children across the country.”

So Smith and others from Microsoft established a brain trust of experts in unaccompanied children’s issues from the government, international organizations, non-government organizations, think tanks, economists, and statisticians, to specifically examine the plight of unaccompanied children. They also partnered with a well-known children’s advocate – actress Angelina Jolie.

A little over a year before they launched KIND, several Microsoft employees sat down in New York with the actress. Jolie wasn’t just going to be another celebrity name on the letterhead, but would cofound KIND.

For years, Jolie has been focused on the issues of refugees, Megan McKenna, Communications Director of KIND said. “She has worked/ advocated on unaccompanied children’s issues for many years, and is an expert in her own right.” McKenna said of Jolie. “Her expertise is also in refugees and children overseas. She began working on these issues when she was names UNHCR’s (United Nations High Commissioner for Refugees) Goodwill Ambassador in 2001 and quickly embraced the issue of unaccompanied children in the U.S. as one of her key priorities. She has travelled widely in support of these issues and has seen the many difficult situations children are in worldwide firsthand.”

“Angelina has advocated on Capitol Hill on behalf of unaccompanied children – meeting with Congress people – and has also written letters to them asking for more support for unaccompanied children. More evidence that she is a true advocate/ expert,” McKenna said. Smith also reiterated Jolie’s involvement, “She personally has donated her time, her energy, and her money to important legal work to provide representation for refugees,” he said.

Based on their findings from the experts, Smith explained that Microsoft’s legal counsel devised core principles and modeled a series of programmatic solutions that were consistent with the best practices models they’d derived from their existing VAIJ program. After extensive consultation and work with those experts, KIND was born.

Their common passion? Getting legal representation for unaccompanied immigrant children. Whether it’s a teenager that has escaped sex traffickers, or a toddler separated from their parents, their stories are each compellingly different.

“The average age of these kids is 15 but our youngest client was only three years old,” shared Smith. “In some cases they’re fleeing persecution with their families but are separated from their families in flight. We had one case of a North Korean boy who had fled with his father into China but had become separated from his father in China, couldn’t find him, and then had to make it from China to Canada and then the United States.

We had a three-year-old who was from Central America who was crossing the border into California, and in the confusion at the border, was separated from her aunt who she was unable to reconnect with.

“We certainly see teenage girls from Central America who have been the victims of sex trafficking and they are sometimes unfortunately persecuted by their parents, typically their fathers, so they are victims of persecution that initiated in the home. That’s another pattern that we see. But ultimately, what’s so striking is that there is no single phenomenon that one sees on a universal basis. Rather, one sees a variety of stories that have in common the incredible impact they have on an individual level. It’s a sad state of affairs for the individuals who are affected.”

Smith said about 8,000 kids a year arrive in the U.S. without a parent or legal guardian. Only half of those receive legal representation.

“What KIND has realized,” said Wendy Young, “is that when a child has legal representation, they’re three times more likely to receive a favorable outcome. That means an outcome that benefits the child more than the system’s need to move the child through it.”

The program launched in 2008, but KIND has severed more than 1,000 children since that time, Young revealed, much to the delight of its advocates, employees, and Microsoft legal counsel.

“I think it’s important to recognize that in the world today, people expect companies to be involved actively in their communities. Gone are the days when it was considered enough just to create a good product, offer a good service, and pay good wages. People really do want to see companies playing an active role when it comes to corporate citizenship. There are great opportunities to really energize employees. Employees want to see their companies actively engaged in their communities. Employees often want to become actively involved themselves in volunteer opportunities. It’s a great opportunity for us to do good for people who we otherwise would never come in contact with and especially given the positive impact of opportunities for our employees, we think this is something that does well for us as a company at the same time.”

“When you have the opportunity to meet kids who are affected, you come away with a great appreciation that literally their whole life is at stake. In some cases, if they are returned, their life will be at stake because they are threatened with very dangerous circumstances. Even if they don’t have their lives hanging in the balance, the future at their life is always at stake because they are leaving behind such dire conditions,” Smith said. “So when we do succeed with an asylum claim, for example, we are able to help someone build a new life at an age where you can make a huge difference.”

With the current immigration system, if someone loses the right to stay in the U.S., they are put on an airplane and they basically just have to walk off the plane at the other end of the flight. There is no safety net to take care of them there. Smith says KIND wants to change that. “We’re working, for example, on a pilot program with the government of Guatemala to try and put some social services in place. If we can do that it will really be quite important because it means we’ll both be of help to kids that can stay and kids that have to go back.”

Young and Smith are both quick to point out how valuable KIND is for unaccompanied kids, but it’s also been beneficial for their volunteers as well.

“It’s been a great experience for our employees,” shared Smith. “They really enjoy the pro bono cases that they take. When people come back from court, they often have these huge smiles on their faces, especially if they’ve won a victory for a client that day. It gives us the opportunity to get different employees working together that might not otherwise get a chance in their day-to-day work and it definitely creates a special bond between them. This is the kind of work we find that yields rewards in lots of ways, including many unsuspected ways.”

“I think we felt that we had something that would resonate with people but the speed and the breadth of the reception has surprised even us. It has become a snowball that has headed further and faster downhill than we would have predicted a few years ago and that’s a great thing.

“I think one of the lessons I experienced is that this work is something of a journey. I don’t think it’s necessarily possible to know where the ultimate destination will be but I also think that that’s a fine state of affairs. When it comes to this journey, I think that the most important thing for companies to do is to take the first step.”

“That usually means getting involved with something that will enable people to learn more about what additional steps might mean and I think people should be mindful that this is not an area where you should wait for the perfect community. If you wait to figure everything out you’ll wait forever. I think that the best way to learn is to learn by doing. Pick something that resonates with the company. The employees get involves, start doing it, and a year or two later, you will have the knowledge and the experience to figure out that’s what people want to do.”