Be Bold, Be Daring, Be Audacious 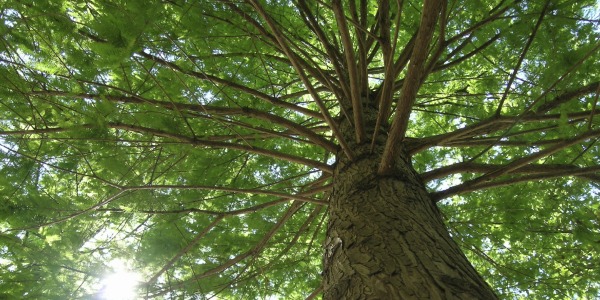 “You’re a bold little one, aren’t you?” When I was younger, those were the words parents never wanted to hear about their children. At the time, it meant that you tended to misbehave.

Throughout the years, the word ‘bold’ has taking on a new meaning to me.

Now, I see being ‘bold’ as something all-together different. To me, it means being daring or audacious; something I could hardly view as an insult or a negative comment.

Based on this new definition, I am quite okay with being bold. Here’s why:

A number of years ago I asked a mentor of mine how I could achieve more success and (perhaps) a bit of greatness in my time.

His response was quite telling. “You’ll never be all you can be until you’re willing to step outside your comfort zone” he replied.

At the time, I was terrified of speaking in public – terrified of rejection. I listened to every naysayer that I came in contact with, and I certainly wasn’t willing to try anything outside of my comfort zone.

Then, in 2002, I was introduced to the world of stand-up comedy. Surrounded by a group of my fellow workshop participants, I arrived at the club after two weeks of training prepared to study the comics that would take the stage that evening.

Much to our surprise, WE were the scheduled performers – something our instructor never told us. It turns out this was his way of ensuring that we showed up for the show.

As I didn’t realize leaving was an option (I was in the bathroom coming to grips with the whole thing while the seven would-be comics disappeared out the side door), I found myself performing comedy on that very stage, that very night.

I was terrified, covered in sweat and visibly shaking throughout the entire performance, but I had proven something to myself that night.

Since that performance in 2002, I have taken to the stage more than 300 times to perform stand-up comedy. Despite being unable to swim and having a major fear of water, I have surfed the world class shores of Tofino, British Columbia. I have keynoted on Leadership, Success, Customer Service, and Sales at conventions across the country. I have launched a Newspaper on Business and Success and managed to approach, study, and interview some of the greatest leaders in the country in the process.

Now, I’m not trying to impress you with any successes or achievements I may have had. I’m simply saying that I doubt I would have had anywhere near the same success had I not dared to be bold that night in 2002.

In interviewing successful leaders from all walks of life, I’ve since learned that, like me,   most of them realized their greatest successes once they decided to become a little bit bolder, a little bit more daring, and a whole lot more audacious.

My Discovery? Success comes at the times when you are Bold, Daring, and Audacious.