Beer: The Taste Of Success 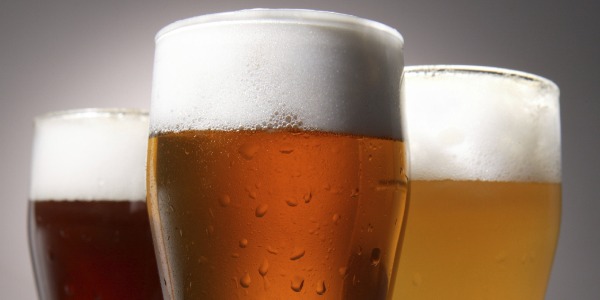 To those living on the East Coast, enjoying a refreshing pint of Garrison beer means enjoying fruity aromas, malty carmel flavours, and a beer with a citrusy finish. To Brian Titus, President of Garrison Brewery’s Co. and winner of the “Canadian Beer of the Year” award for two years running, it represents the taste of success and the gratification of living life on his own terms.

Beer making was not Titus’s first career. His parents met in France while on duty with the Canadian Air Force and so it was natural for him to follow in their footsteps. Titus served with the Canadian Navy for ten years, retiring as a Lieutenant. He first trained and worked as a Watchkeeper on naval tankers and destroyer escorts and later as a Mine Clearance Diving Officer. He was involved in rebreather diving, carried out underwater ship repair, and ran the East Coast dive training school. All of which, Titus explains, was incredibly exciting and challenging but it didn’t leave a lot of room for selfexpression and creativity. He was thirsty for something else.

His inspiration came while watching an episode of “The Leading Edge”, a local East Coast program highlighting maritime entrepreneurs. The program profiled Fredericton’s own Sean Dunbar & Andy Hashey, owners of Picaroon’s Brewery. Friends, Dunbar and Hashey had both completed law school and were set to write their bar exams when they realized they didn’t want to be lawyers! They traded in their suits and suppositions for malted barley and brewer’s yeast.

Titus was, “blown away” by their story so he called them that day and met with them the next. Following a five hour drive back to Halifax, a plan was formed. Titus spent a week touring breweries during the day where he was exposed to the great camaraderie and spirit shared by a small group of enthusiasts trying to spark a movement.

Titus recounts the story of how he contacted the owners of Quidi Vidi Brewing in St. John’s, Newfoundland. “Unbelievably, I was allowed to spend an entire week touring the plant and shadowing staff.” Most of the other Canadian master brewers were equally as helpful and passionate. “As soon as I saw one of the guys stirring the tank in his jeans and t-shirt, I was hooked. He just looked so happy! That’s what did it for me. I decided, ‘If these guys can do it, I can do it too!’”

Titus wasn’t surprised when his parents announced their concern that he had lost his mind. After all, he was leaving a secure, respected career to make beer. To those looking in from the outside, it seemed too great a challenge to convince loyal Keith’s drinkers to try a new beer and to enjoy it on draught.

Knowing businesses live and die by cash flow, Titus took on the job of selling his beer by bringing samples with him while visiting the local bars. The managers liked it and so he asked if they would be willing to carry it. “They looked at me like I was crazy, which wasn’t the first time.”

Bar and restaurant owners told him that although they thought he had a good beer, it was different than the beers they carried, people simply weren’t used to it, and they only had two taps and room for two kegs. Titus wasn’t discouraged by the challenge. His solution? –Use smaller kegs that fit between the larger ones, and turn single-tap towers into double-tap towers. He knew that people would like his beers’ unique tastes if they just gave it a try. “As always,” says Titus, “Challenge breeds innovation and the key is to work through it and to not let it shut you down.”

“It’s all about seeing a solution to the problem,” explains Titus, “People thought I went crazy. They really did. But, I thought of the possibilities. Halifax didn’t have a brewery, but they had a lot of schools and tourism. I knew people were probably right, that I was taking a huge risk. But I thought I could make it work and I went with my gut.”

Titus officially launched Garrison Irish Red Ale on August 19, 1997 at “The Lower Deck”, the infamous, quintessential Halifax pub. It was hugely successful and he and his team couldn’t have been happier – until they were bought out by another brewery one week later ending a sweet but short triumph. “It was a good lesson that the journey wouldn’t be easy, and that nice guys making good beer, wouldn’t guarantee success.”

Nearly a decade after the launch, Garrison Brewery Co. was soaring. People were moving out of their Keith’s comfort zone and they had come to truly love Garrison’s craft beers. Garrison introduced the East Coast to a smooth Raspberry Wheat Ale, a rich and darker Nut Brown and Irish Red draughts. By 2004 the demand for Garrison beer was higher than its supply. Draught sales were up and the brewery needed more space to keep up with its patrons thirst.

Titus sought and found the ultimate location. –The Seaport District, known for its arts, culture and tourism. Titus renovated the nearly 80 year old building, creating both an open-concept brewery and retail store. Tourists arriving by cruise ship make their first tour stop at the brewery; it’s become one of Halifax’s famous landmarks. And, it’s mere blocks from downtown Halifax.

By 2006 the brewery was producing enough beer to meet the demand. “We were making the beer, and we were also very busy with the brewery tours, frosh events for schools, CD launches, staff parties and guest appreciation events.” Because of the growing interest, Garrison began expanding their brand by selling “growlers” (similar to a keg) and other fitting merchandise. Business was booming.

When everything at Garrison’s seemed to be running evenly, the hop crisis hit in the Fall of 2007. Hops are the flower that balances sweetness and bitterness in beer and its price had suddenly quadrupled in six months. Knowing that hops grow wild in local farm fields, Titus sat down with a beer, and tried to come up with an innovative solution.

While visiting “Ross Farms Museum” in late 2008, Titus saw a traditional wood trellis hanging heavy with wild hops. No one seemed to know what it was, only that it had always been there. Titus spoke to Lisa Wolfe, the museum director, about a plan. He suggested they jointly plant an experimental hop yard using traditional implements (ox and plough), workers in period costumes, and local organic root stock in keeping with the mandate of Ross Farms. They were thrilled to give it a try. In May 2009, 40 hops were planted in two varieties. The plants are thriving and Titus hopes they will have a sufficient yield in the Fall of 2010 to brew organic harvest ale. “The real success will be measured if we spark a local hop growing industry”, Titus shares with a laugh.

Titus recognizes that the East Coast is all about its traditions. He decided Garrison Brewery Co., needed to have its own tradition, so the annual Ultimate Brew-Off was born. Home-brewers from Nova Scotia and New Brunswick have the opportunity to show off their own beer crafting skills. The winner of the best tasting draught is invited to join Daniel Girard, Garrison’s awardwinning brew master in making a full-sized batch of the winner’s recipe. The beer is then packaged and released as a seasonal limited edition. GO FOR IT! Today Titus is like the two young lawyers who first ignited his passion. He had a dream and was brave enough to pursue it without hesitation, and he had the determination and drive to make it happen. For Brian Titus, “It’s about the simple things. I’m living my dream and I am passionate about how I’m doing it.” Cheers to that!