Being Adaptable Is Over-Rated 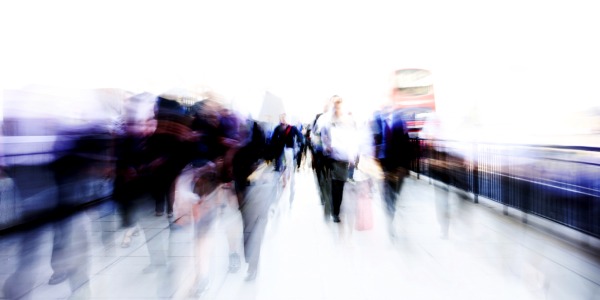 For years I’ve sung the virtues of being adaptable and to be fair adaptability does have real value in certain situations. But I’ve come to the conclusion that it’s just not enough. Being adaptable is over-rated.

By definition, leadership is bringing change to the world around you rather than simply conforming to what already exists. If I am changed by the prevailing culture around me instead of that environment being changed by me, then in reality I am a more of a follower than a leader. It happens all the time in big organizations where valuable individuals morph slowly into cookie-cutter clones.

When does being adaptable serve a purpose? When it comes to the non-negotiables in life and business adaptability tends to be the higher road. I recently relocated from Sydney to New York City to expand my business The Leadership Coach™ to the USA. I have needed to adapt to lots of new things like higher rents, US currency, and driving on the right hand side of the road. They’re non-negotiable… unless I want to end up homeless, broke or hospitalised in a car crash.

But what about my Australian accent, my personal values, leadership strategies or business model for example? If I adapt on these things I become just one of the masses. In fact I might need to register “The Cookie-Cutter Coach” as my business name instead. I’d be giving up some of the very things that make me distinct and add value to who I am in the marketplace. Standing out is a fundamental aspect of being a leader.

There’s a higher level than adaptability and it’s the space that every leader should occupy most of the time – being culture creators.

Great teams are full of culture creators. They are the lifeblood of true movements. Culture creators replicate themselves in others. They reproduce and amplify the qualities they want to see more of in the world around them. Their influence is infectious and it goes well beyond their job description. You can tell when a culture creator has joined a team because things start to change.

To put it another way, are you a thermostat or a thermometer? One changes the temperature of the room; the other merely measures it.

So, are you a culture creator?

•    What are the impact of your words, your actions, your beliefs, and your attitudes?

•    What are your priorities, your agendas, and your non-negotiables?

In these ways and more a leader shapes the culture of their team, their business and even their personal world.

When Alexander the Great arrived on the shores of Persia his army was overwhelmingly outnumbered. Yet he gave the orders to his men to burn the boats. As their only means of retreat went up in flames, legend has it that Alexander turned to his men and said, “We go home in Persian ships, or we die”. Not quite the stirring Braveheart speech, but certainly motivational in its own way! What followed was an astounding victory over an army that was in many ways superior. Win or die. Simple.

I’m more comfortable being the “options guy”. I like knowing Plan B (and maybe C too). I want to have contingencies for the worst-case scenario. I get some security from having an exit plan. And history is littered with examples of times when just such a retreat plan would have been wise.

There’s nothing like burning your boats to focus your mind on one thing, and one thing only- success. It’s extraordinary what we as leaders are capable of when we are in a corner, with no other option but to give our absolute best (and even beyond that).

I recently moved half way across the world with my wife and three kids under the age of five to expand my business, The Leadership Coach™ (now with offices in New York and Sydney). Plus we’ve launched our own not-for-profit, in the most expensive city in America during the worst financial crisis since the Great Depression. In other words we burned out boats. In poker terms we “went all in on the short stack”.

• What risks are you taking in your leadership that have put you and your team “all in”?

• Are your troops fighting with one eye on the battle, but the other on retreat?

• Is your desire for exit plans resulting in mediocre commitment?

Perhaps burning your boats is most important when the odds are already against you. There’s no “test and see” when you are outnumbered 5-to-1, you’ll waste what precious little resource you have. The only legitimate plan is to garner everything you have, and pit it against your competition in a way that circumvents their strength and leverages yours.

“There is nothing impossible to him who will try”, Alexander the Great (circa 348 BC)