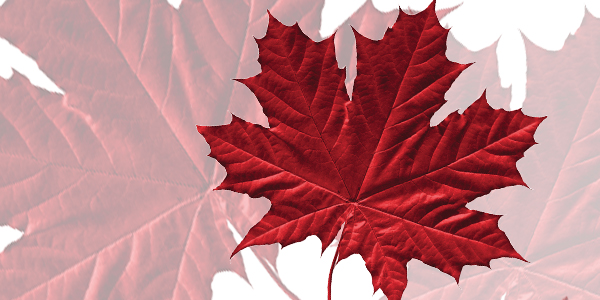 Is there such a thing as “Canadian values”? According to Professor Emeritus Geerte Hofstede, of Maastricht University, the answer is “yes”. Hofstede’s study measures and compares how values in the workplace are influenced by culture. His landmark study revealed that, still today, Canadians (as well as Americans, Australians, and the British) value “individualism” above all else. This “value” framework however, has had curious political and social ramifications, and in recent years is slowly being challenged by a blurring of the line between profit and nonprofit activity. Let’s review.

In Canada, we value the individual as a kind of sovereign entity possessing an inalienable right to life. Historically, this and other substantive rights (like ownership) were traced back to a sort of divine inheritance of “reason”, “freedom of choice”, and “voluntarism”, which are metaphorically captured in the time-tested notion of the Imago Dei (being created in the image of God). For years, philosophers and theologians viewed the individual as an extension of the sacred in the world of the profane.

One interpretation of the creation of “Man” in the Book of Genesis is that “Man” would have “dominion” over the world (as opposed to another interpretation that viewed the human creation as merely God’s “steward” on Earth). As such, the individual has been dubbed the primary unit of this reality, the primary constituent of society, and the ultimate standard of value.

Capitalism is a natural consequence of a belief in dominion over the world. The word “capitalism” itself means “head” (latin: capitalis), probably referring to the heads of cattle that were privately owned and traded. In common law, personal property is referred to as “chattels”, derived from the word “cattle” as well. Property (from the word proprio, meaning “self”) was seen as an extension of one’s self, which is the primary belonging of any individual. And self-interest inherent in capitalism is rooted in the law of the harvest, where one was to harvest what one sows.

With almost divine eloquence, capitalism, or free-market enterprise, holds that the market is inherently efficient, as some “Invisible Hand” (of God?) works tirelessly to determine the best allocation of resources when individuals (consumers) have free choice, and other individuals (producers) respond accordingly to meet consumer demand using means and factors of production that they privately own.

But if Canadians value the individual so, how do they reconcile their allegiance to democracy, which, by definition, means “the people rule”, and not the individual?

Ironically, individualism is also based on a key assumption: that individuals benefit most from living within societies. If it’s true that civilized society is the most rational and fertile environment for individuals to live in, then it is in every individual’s common and rational interest to cooperate to have a peaceful coexistence. This can only be achieved on the basis of the recognition of one another’s rights —or reciprocity.

Simply stated, society is the means to individual ends, and therefore, it becomes the individual’s moral authority to act as redistributor and guarantor of economic equality and wealth. So what is the democratic answer to reciprocity and redistribution?

Western civilization has always resorted to forms of either voluntary or mandatory “taxation” to achieve various forms of wealth redistribution and distributive justice.

Black’s Law Dictionary defines tax as a “non voluntary payment or donation”. However, the legal definition of a donation requires that it be “voluntary”. After all, we “give” donations (gifts) of things we own at any given time, whereas we “pay” tax on what we earn within a given timeframe. The real difference, though, is one of unilaterality versus reciprocity. For example, gifts are known as unilateral contracts, predicated on the unilateral and voluntary concept of one’s own animus donandi (intention to give), for which no reciprocal consideration (quid pro quo) is permitted. Comparatively, our tax system is said to be a “voluntary” system of self-assessment and disclosure, even though it is actually quite “mandatory”. Usually when one “pays” for something, it is subject to a contractual obligation, which is, by definition a reciprocal concept that infers “offer” and “acceptance”. Nonetheless, tax is a non-contractual obligation, but which—theoretically anyway—promises a reciprocal benefit—representation. After all, there is no taxation without representation.

But what values are actually “represented” through taxation?

The answer lies in a deep-seated political conflict that arises when politicians have to create budgets and categories of spending—that are justifiable. Theoretically, the Department of Finance should redistribute monies to these categories, from the Consolidated Revenue Fund, which is funded by taxpayer revenue collected by the Canada Revenue Agency. That spending should accurately represent the values of Canadians. Surprisingly, our values are represented more by what money is not spent on than what it is spent on—that is, the ever-expanding charitable and nonprofit sectors.

With over 160,000—and growing—different registered nonprofit organizations and charities in Canada, each with its own mission, how could a politician decide how much and to whom to give? Political survival requires drawing a line between all nonprofit and profit activities, taxing the latter, and leaving it up to individuals the fund the former.

Despite having one of the most onerous tax systems in the world, Canada’s no longer directly funds the Canadian values that we pay for it to represent.

Statistics Canada recently published the Canada Survey of Giving, Volunteering and Participating (CSGVP). It reveals that Canadians gave $10 billion in 2007, representing a 12% increase from 2004. Further, Canadians volunteered 2.1 billion hours in 2007 (equivalent to 1.1 million full-time jobs). And these are merely those donations and services that are actually registered and accounted for. Canadians, along with the British and the Americans, rank highest in terms of private philanthropy in the world. We have no choice. Our tax system won’t fund these values.

Capitalism is under siege.

It is being incrementally eroded and altered by an uncompro-mised valuesystem orphaned by democracy’s parental tax system. The line between profit and nonprofit activities is becoming increasingly blurred by contrived and convenient legal fictions, as it must. In order to avoid the political nightmare of spending on social values, the law is accommodating and attracting heightened involvement in nonprofit and charitable activities, regulated more by the Income Tax Act than by Industry Canada or the Canada Business Corporations Act.

By expanding the definition of what constitutes a “charitable purpose”, and by offering unprecedented tax incentives and opportunities for legal tax avoidance (such as tax sheltered gifting arrangements) tax law (in Canada and in several countries around the world) is shifting the responsibility from government back to the individual to represent individual values, while still collecting more tax revenue than ever before.

Now, leading philanthropists and entrepreneurs alike are realizing more and more that charity pays, that nonprofit activities can be extremely profitable, and that capitalist principles of efficiency are compatible with and necessary for innovative fundraising techniques.

This is the “new philanthropy”—a philanthropic revolution, where private and nonprofit sectors converge to form hybrid philanthropreneurial structures that are measured by a “double bottom line” of profit as well as the achievement of social values. The mainstream is only now beginning to understand what the wealthy and successful have known for years: how they can do well by doing good.