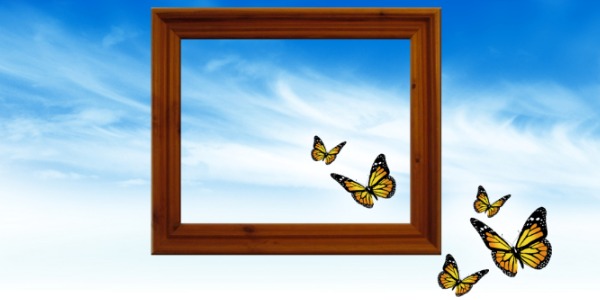 Six weeks into his new job at Microsoft, Steve Ballmer was feeling a pang of uncertainty and began to question his decision to join his former Harvard classmate, Bill Gates, at the fledgling startup. According to Ballmer’s recollection, Gates took him to dinner and said, “Steve, you see yourself as a bean counter for a startup. I see a computer on every desk in every home.” Ballmer would later say the vision – a computer on every desk in every home – convinced him to stay at Microsoft and became the company’s mantra for the next two decades. I’ll bet Ballmer, now a billionaire and Microsoft’s CEO, is grateful that Gates painted such a compelling picture.

Specific. The problem with most mission statements is that they’re too ambiguous. How many times have you heard that a particular company’s mission is to offer “best of breed, customer-centric solutions…blah, blah, blah.” They don’t say anything meaningful. When Starbucks CEO Howard Schultz pitched investors on the original concept behind Starbucks he painted the picture of a “third place between work and home.” Now that’s specific.

Former Cold Stone Creamery CEO, Doug Ducey, told me that his original vision for the fast growing ice cream chain had to be specifically focused on what the company did best – ice cream. When asked about the company’s vision, Ducey simply said, “we will create the ultimate ice cream experience.” Ducey knew that delicious ice cream would help the company stand apart and help it grow as an international franchise. He wanted a vision so specific that nobody would be tempted to dilute the brand by adding a hodgepodge of other food items to make a quick buck. There’s power in specificity.

Concise. When the Google guys, Sergey Brin and Larry Page, walked into the offices of Sequoia Capitol, investors asked the young college students for their vision. Brin and Page responded, “To provide access to the world’s information in one click.” That one sentence was so inspiring, investors at the Silicon Valley venture capital firm decided to ask every subsequent entrepreneur the same question: “Can you describe your company in a sentence?” As one entrepreneur told me, “If you can’t tell me what you do in a sentence, I’m not buying, I’m not investing, I’m not interested, period.”

Of course, a sentence can be a very long unwieldy string of words that defeats its purpose. Try this exercise: create a vision that fits within a Twitter post of 140 characters or less. The Google vision was sixty characters and Microsoft’s was thirty-nine. The most compelling visions are short and memorable. If you can’t describe how your product will change the world in 140 characters or less, go back to the drawing board.

Consistent. A vision is meaningless if it doesn’t have the power to persuade and it can’t be persuasive if nobody hears it. Marc Benioff, CEO of cloud computing giant Salesforce.com, once told me that he placed his company’s vision – the end of software – on a laminated card so every employee could carry it at all times. He even had pins made with a big red line through the word “software.” The vision was consistently delivered across all platforms. Make sure your brand’s vision is visible to your customers, employees and partners – on your company’s website, internal communications, marketing material, and in presentations.