Forgiveness: A Gift You Give Yourself 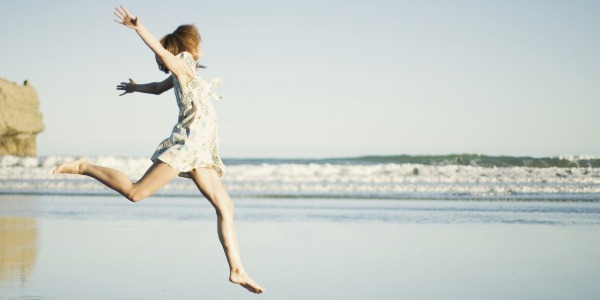 In the early 1980s, I was working in the Boston area as a psychotherapist and conducting stress management seminars in corporate settings, health care, and for the U.S. Army.

Time and again, I found that the most stressed out people I encountered, that is, the most unhappy, intolerant, and anxious people were those holding onto anger and resentment. Not surprisingly, they also appeared to have the most health-related problems – headaches, stomach problems, muscle tension, and high blood pressure.

Whether it was a woman going through a difficult divorce or a Fortune 500 manager feeling chronic hostility toward his boss, they had to find a way of working through their anger and letting it go in order to ensure their feelings wouldn’t get the better of them. It became clear to me early on in my career that if they, and others struggling with hostility and resentment, were ever to experience real inner peace and get to the point where they could be truly free to enjoy life, then forgiveness had to be part of the picture.

When I first began to explore forgiveness, very little was written on the subject outside of a religious perspective. In the mid-1980s, there were only a few articles on the subject in psychotherapy journals. In the last 15 years, however, many books and research studies have been published. And, the research consistently demonstrates the beneficial effects of forgiveness, from decreased anxiety and depression to improved self-esteem.

My inquiry led me to write my first book published in 1992, Forgiveness: A Bold Choice for a Peaceful Heart. What started out as a search for answers more than 25 years ago ultimately became the theme for my life and work – forgiveness. We’ve found over time that forgiveness, like meditation or exercise, is something we can practice, can integrate into our lives in order to be healthy – emotionally, spiritually, and in some cases, physically. In this light, forgiveness becomes less a ‘thou shalt’ and more a decision, a shift in perception, a discipline of mind.

It’s Natural To Feel That Way

We all have many triggers that bring us back to anger, resentment and judgment. Think about how often and how easily we get stuck there. We’ve all had an experience with someone – at the office, at home, at school – in which we’ve tried and tried unsuccessfully not to react to the things they do that bug us. It seems that no matter what we do, after a while, we’re tense and annoyed. Eventually, we don’t even have to be at the office or at home or at school to feel that way. We’ve relinquished our peace of mind to the drumbeat of anger and frustration. Along the way, anger and resentment can begin to define the very character of the relationship – we can’t imagine it any other way.
Most everyone gets stuck in anger from time to time. We might get furious with our spouse or irate with a parent and the last thing we feel inclined to do is forgive. “No way,” we might say. “I’m not going to forgive him after what he has done.” Our limited ideas about forgiveness often stop us from choosing it. We rule out forgiveness as a workable option.

This is not to say that we don’t often have good reason for our anger, or that it’s easy to let go of. We need only think of a time in our life when we were betrayed, disrespected, abused – the anger we felt was probably natural, justified, even constructive to an extent. But eventually, the very anger that’s natural, and even necessary for emotional healing in some instances, stops being something that serves us and becomes something that undermines our emotional healing, our well-being, and our ability to move on.

One of the simplest and most profound things that we find when we approach forgiveness in a new way is that forgiveness is, in fact, an act of self-interest. Rather than a concession to a foe, forgiveness can be a constructive way to release ourselves from chronic anger and get on with our lives.

Before saying what forgiveness is, it’s important to be clear about what forgiveness is not. Forgiveness is not condoning hurtful or insensitive behavior. It’s not pushing your anger down and acting as if everything is fine when you really don’t feel that way. It’s not behaving in a particular way. We can forgive a friend from whom we’ve been estranged, and choose not to call him or resume an active friendship. We can forgive an employee and decide he isn’t the right person for the job.

And forgiveness is not forgetting. We don’t forget, nor would forgetting necessarily be safe or wise to do in some circumstances when a particular person has done us harm. We still remember – but the fearful and painful feelings that person or circumstance once triggered in us are transformed and diminished through forgiveness.

Another Way Of Seeing The World

Before moving on, please be advised that it’s so important to be gentle with yourself if you feel you’re not ready to forgive or if the situation just feels like too much to address at the time.

Forgiveness can be thought of as a decision to see beyond our reactive judgments, to see that another’s insensitivity and negative behavior is an expression of their confusion, constriction and fear. When we see this dynamic, we’re not inclined to take their behavior so personally.

As Dr. Fred Luskin, from The Stanford University Forgiveness Project puts it, “Forgiveness can be defined as the peace and understanding that come from blaming less that which has hurt you, taking the experience less personally, and changing your grievance story.” In a grievance story, we’re always the “victim”. This doesn’t mean that we haven’t been victim to someone, but forgiveness extricates us from going through life with a victim mentality.

Forgiveness teaches us that we can resolutely disagree with someone while keeping our heart open to them. It’s rarely a one-time event. With our closest relationships – our spouses, our family, or others – we may need to forgive, to see them and the situation in a different light, over and over and over again.

Forgiveness takes only you, whereas reconciliation depends on the other as well. Forgiveness is a release for ourselves. It’s a way of seeing a situation that helps us become disentangled from what may be a toxic and unhealthy connection. Holding onto resentment, we’re handcuffed to the people whom we resent; we’re our own jailer. However, when we’re ready, a shift in our perspective can set us free. We can choose peace and understanding. It’s our decision to make.