Frozen By Fear: The Bystander Effect 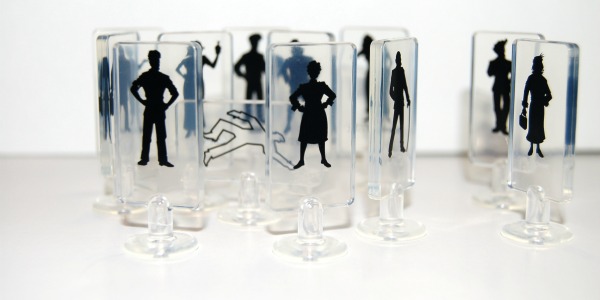 Take a second and think about the greatest threats facing the world today.

If you watch the news, you probably have some ideas. Pictures of war and environmental devastation overwhelm the television while the economy and climate change dominate the headlines.

But, according to some of the greatest minds on earth, none of these issues are their top concern.

A few years ago, my brother Marc and I had the pleasure of attending a forum on this very subject. All around us, philosophers, religious leaders, Heads of States and great thinkers discussed the issues while we tried to take it all in.

The issue they agreed upon was not what the evening news might have predicted. As the Dalai Lama phrased it in his closing remarks, the biggest threat is “a generation of passive bystanders.”

How can this be?

Today’s generation is growing up with war, famine, and poverty in their living rooms. Battles are no longer fought in far-off lands. They are beamed onto our television screens.

So why aren’t we doing anything?

It’s called the bystander effect. The more witnesses there are to an injustice, the less likely we are to do something about it. Instead, we assume someone else will take responsibility – some government, aid agency, or other individual.

Luckily, the bystander effect is a threat we can combat. It starts with youth and changing their perspectives. Done right, this feeling of empowerment and moral leadership can last a lifetime.

My first step toward taking action came one morning at the kitchen table when I was twelve years old.  I read a story in the newspaper about a former child labourer killed in Pakistan. I was angry. The boy was my age. So, I went to school and with the help of a supportive teacher, my classmates and I started Free The Children.

Today, we are the world’s largest network of children helping children through education. We have involved more than one million young people in North America and built more than 500 schools in developing countries.

Through this experience, we have seen firsthand that you are never too young to make a difference. All it takes is a little encouragement. If we challenge traditional views that education is just reading, writing and arithmetic, we can complement the system by developing leadership skills and citizenry.

These skills are also developed by encouraging students to volunteer abroad. More than 1,500 high school students spend their school breaks volunteering at our project sites in developing countries. Their schools often support their involvement through foreign languages classes, school clubs and credits.

In Ontario, Canada, students require 40 hours of community service for graduation. At first, volunteer opportunities were limited. So, with the Toronto District School Board, we started Take Action! This innovative school board program focuses on community involvement, and local and global citizenship at the most hands-on level – getting kids volunteering so they can not only understand the issues of our world, but they can see and feel the difference they’re making to put a stop to them. The Take Action Program brings individually tailored training to over 200 schools in 12 school boards across North America each and every year.

These types of programs have great success. A study by the University of Virginia even found that students who volunteer get better grades and stay in school. Developing self-esteem and leadership skills inspires them and drives them to go further.

Our family is full of educators. Mom, Dad and most aunts and uncles are teachers. Sometimes family gatherings feel like staff meetings. But, through them, we learned their best moments didn’t involve multiplication tables. Instead, they were moments of inspiration.

Schools are the ideal place for combating the bystander effect. But, it involves taking a proactive approach to education.

If we want to create a lasting legacy, we need to start young. Change the way that youth see the world and we will succeed in changing it.