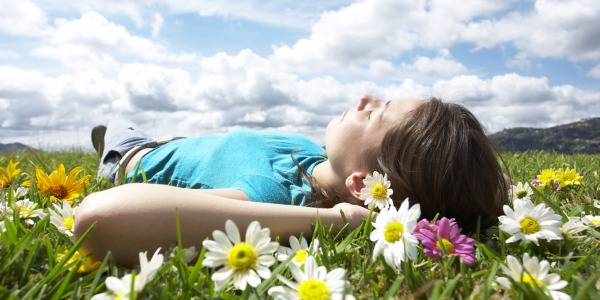 How many times have we heard the key to success lies in finding a need and filling it? We brainstorm with our mastermind group, read the business section religiously, and feel primed for the million-dollar idea.

Perhaps though, we’re all trying too hard.

Maybe all we really need to do is drift off to sleep during what’s often called the magic hour by poets and visionaries everywhere. Imagine if we allowed the magic of the subconscious mind to take over and present a detailed creative idea for us. Then, all we’d have to do is take action!

Greta Podleski knows why it’s called the magic hour. She awoke one night at 3:00 a.m. and scratched out her fully formed dream on her bedside notepad. –13 greeting cards, each with a specific image, punch line, and recipe. When she woke up, she made her dream come true. GrEATing Cards was born. She knew she had a winning idea “whose time had come”. She knew she could leverage her previous successes to make it happen. So, like any dynamic, trail blazing entrepreneur who’s had a moment of epiphany and felt in her gut that it would work, she jumped right in. Her business partner and sister, Janet, loved the idea too so they were off and running.

Greta and her sister, Janet Podleski, originally from St. Thomas, Ontario epitomize the spirit of the entrepreneur. They dream the opportunity, intuit deep within that it will work, persevere with their planning, and move through fear.

They have chutzpah, zeal and a risk taking sense of adventure. Pairing this with a passion for healthy eating, they left their jobs to write a fun filled cookbook based on healthy, low fat recipes. They told no one, not even their family, convinced people would think they “were nuts”.

The sisters went without income for 14 months, hoping the bills might just disappear. In 1996, declined by every publisher they approached, they turned to David Chilton, author of The Wealthy Barber, Canada’s all-time bestselling book. With David’s help, they self-published out of their basement.

The rest really is history.

The authors are master marketers. Funny, “pun-ny”, attractive and vivacious, their Food Network TV series is full of wit and sibling banter. Their books are light, breezy and humorous with recipes called, Worth Every Penne and Celine Dijon Chicken. Well loved by readers for their quick, easy, and tasty recipes, and adored by viewers tuning in to their television series called, Eat, Shrink and Be Merry, their intuition told them that people would embrace GrEATing cards in the very same fashion.

Feeling the greeting card industry was ready for something beyond the standard musical cards, Greta came up with a new innovation. Her cards would provide a recipe tied into the card’s message to serve as “a gift”, offering a whole new dimension to greeting cards. Using humour, vibrant water-colour images, a witty punch line and recipes from their cookbooks and television show, was innovation at its best. And, the concept was in alignment with their original mission to get North Americans to jump on the healthy eating bandwagon by making cooking fun.

“You lick the envelope, they lick their lips”, was a natural tag line, considering Greta and Janet love making people laugh. Greta envisioned people giving the cards, receiving them, and collecting them. They both looked forward to watching people smile and chuckle when they found the “perfect” card.

Greta points out that ideas really are a dime a dozen and in the game of business it’s all about execution and perfecting a product. After she had her dream she spent an entire Saturday playing with 900 fonts on the computer to come up with the first prototype. She settled on the “thing-a-ma-jig” font. Satisfied with her mocked up cards Greta sent them to one card company, Hallmark Canada, the biggest and best card company in the industry. And then, she waited. She waited patiently through April and a little less patiently through May. By June she was getting a little nervous. And then, out of the blue, she received a very enthusiastic message from Patrick Carr, the Vice- President of Marketing for Hallmark Canada asking if she’d be willing to meet with Hallmark’s president and executives at their head office in Toronto.

You Had Me at “Hello”

Meticulously organized and impeccably dressed, Greta presented to a boardroom full of Hallmark executives. She had done extensive market research and made a very convincing sales pitch. At the end of the meeting Greta held her breath while waiting for feedback. Breaking the silence she said, “Well, what do you think?” The President of Hallmark responded by quoting the famous line from the movie Jerry McGuire. He said, quite simply, “You had me at hello.” In hindsight, she wishes she had quipped back, “Well, then, show me the money!” Greeting cards are 50% art and 50% science and this focused and committed sister team managed to hit the percentages in perfect balance. Hallmark asked Greta and Janet to create 50 cards, in all categories. They had a 30 day deadline.

It’s been said that you can’t have free flowing artistic expression on demand. It would be like pressing an artist’s face to a canvas and shouting, “Paint!” With such an aggressive timeline however, Greta and Janet felt they was doing just that! Ted Martin of Toronto, the artist who created the endearing cartoon illustrations in the cookbooks, drew the card images in black and white and then sent them to Pierre Loranger in Montreal. Pierre used a digital water-colour technique to colour all of Ted’s drawings. It was an intense month, but all 50 cards were completed on time.

Hallmark accepted every single GrEATing card that was presented. All 50 will be available for purchase by the end of February 2009 at Hallmark locations across Canada plus at many grocery stores and mass retailers, including Wal-Mart. They will be priced at $3.99 each.

I suggest you hit the sack early tonight and see what your sub-conscious can unfold. Don’t forget a pencil and paper to record your million dollar idea. Did someone say something about a recession? Not when there are so many possibilities. Sweet dreams at 3:00 a.m.