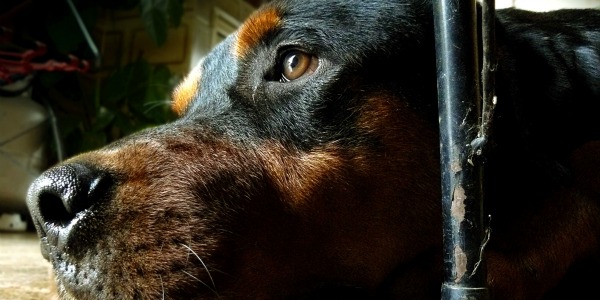 I equated being homeless for a year as somewhat like winning a Powerball lottery; it was sudden and somewhat unexpected – I mean, I knew it could happen, but I didn’t really think it would. It was totally life-changing, in both good and bad ways. And, it taught me that people really are fickle and shallow. They are in it with you for what they can get, or out of it if they can’t get what they want.

Being homeless made me appreciate a hot shower and a bed to call my own of course, but more than anything it made me truly appreciate who I was when all the titles, the awards, the recognition and achievements were stripped away.

The biggest gift of being homeless was realizing that no matter how my outer circumstances seemed to change, I was still the same person I was before my world blew up – as long as I chose to recognize that.

In January 2006, I was the editor of a small newspaper outside Denver, Colorado. I was making $50,000 a year and anticipating the publication of my essay in best-selling author and world renowned journalist, the late Tim Russert’s book. Life was pretty good.

The essay was about my father, who had been emotionally, mentally, and physically abusive to me my entire life. And, although he was dying of brain cancer – weeks away from dying actually, I felt good. I was finally looking forward to settling down and being a good, small town editor.

By April 2006 I was homeless, living in a 30-year old stripped out Chevy van in a Wal-Mart parking lot in Denver, Colorado with my Rottweiler and my cat. For the next year and a half I would cycle in and out of the van, sleeping occasionally on friend’s couches, but mostly crashing on a cot in the back of the van. It was uninsulated, unfinished, six colors of green and I dubbed it, “Booger,” because that’s what it looked like.

While things had looked good, after my father died in February of 2006, I quit my job as editor and decided to travel, freelance my photography and writing, and camp along the way. My father’s death, for a lot of reasons, hit me pretty hard. I wanted to take time off to deal with it – something I wasn’t really expecting to do when I took the job. One of my father’s last words to me touched on his regrets having worked too hard and not travelled enough. I realized when he dies that I was on track for the same fate if I kept working 14-hour days, seven days a week.

So I put my things in storage, packed my cat, my Rottweiler, and my camping gear into my van and drove off into the sunset, having fully failed to understand three critical things:

One, society equates living in a permanent structure, even in a shack, as having value as a person. Two, people’s negative perceptions of us can change our reality, if we allow it. And three, homelessness is where we can be, not who we are.

Shortly after moving into the van, my freelance work ended and I chose to get a temp job. I also decided to live in the van rather than give up my animals to get an apartment. But somewhere between the depression over my father’s death, and living in my car, I went from being a “talented writer and journalist”, to “that homeless woman living in her van”. .

When you’ve allowed yourself to be defined by cultural standards, step back and remember:

.Remember, what was inside me hadn’t changed. My IQ hadn’t dropped. My values, talent, integrity, and my writing skills had stayed the same. The only thing that had changed was where I lived.

Unfortunately, I started believing the hype – that I was homeless, that I was worthless, that I was a derelict. I was working full-time, showering or bathing fairly regularly, holding down a job and doing well, considering my circumstances. But then I began to believe I wasn’t doing so great because I trusted other people’s assessments of me more than I trusted my own.

Society places so much emphasis on where we live, what we drive, how we look, and how much money we make that we come to believe it’s what really matters. I certainly did.

I was willing to give up on myself for no other reason than I allowed myself to believe that what other people thought about me mattered more than what I knew to be true about myself. I started forgetting that I was a writer and started seeing myself as a “homeless woman” simply because society saw me as a 50-year-old woman living in a van.

Life continued to spiral down. I finally ended up at a free medical clinic for the homeless. The medication the doctors gave me for my depression left me suicidal. I felt like even fi I did kill myself, no one would notice, let alone care.

Then someone told me that Tim Russert was talking about me on television. His book had just hit bookshelves and the essay I had written about my father the year before he died was not only in the book, but Russert was attributing my essay as the reason for his decision to include a chapter on forgiveness in his book. He had no idea I was now homeless.

When I realized that Russert was on national television talking about my writing while I was living in a van in a Wal-Mart parking lot, I started to laugh at myself, “Was I a writer or was I the derelict homeless woman so many seemed to think I was?” I went to a bookstore, found Russert’s book, and I stood there and re-read my essay and cried. I was a writer. I was a writer!

“Homeless woman,” was not who I was. It was where I was. Homelessness couldn’t define who I was. Only I could.

I began by rejecting the name, the stigma, all the things we associate with the label of “homeless”. I started looking around at other famous and formerly homeless people and found I was in good company: Chris Gardner, a single father who lived on the streets with his young son while he attended classes to become a stockbroker. Steven Pressfield, best-selling writer and author of such classics as, The Legend of Bagger Vance, The Gates of War, and The War of Art, lived in his van with his cat before deciding he too was a writer. Comedian Jim Carrey and his family lived in a car when he was young. He credits that time with developing his comedic abilities. Talk show host Sally Jesse Raphael talks about having to live in her car briefly. Financial guru Suze Orman lived in a van and worked clearing trees for a construction company for a couple of months before getting a job at a diner and later going on to become a stockbroker herself.

Singers Halle Berry and Ella Fitzgerald, actors Kelsey Grammar, Cary Grant, William Shatner, Martin Sheen, Hilary Swank, David Letterman, Nobel Prize winning author Harry Edmund Martinson, George Orwell (who wrote Animal Farm and Nineteen-Eighty-Four), and on and on. Dozens of successful people who had once lived in their cars, or a homeless shelter, had gotten through being homeless, and I’m sure thousands more are in the process of doing the same.

I thought about what all these people had in common. Most were actors and actresses, writers and artists. They knew that in a creative culture artists have to “pay their dues,” and the idea of the “starving artist,” isn’t so uncommon.

They were willing to do what they needed to do to get where they wanted to go. In their case, as mine, a temporary detour – being homeless, living in a car/van/truck, was part of their path.

The one other thing they have in common is that in the midst of their poverty and trials they never allowed their circumstances to permanently define who they were. I’m sure they had moments where they had second and third thoughts and wondered briefly about what they were doing, but they kept focused on their goals.

Best selling business writer and marketing expert Seth Godin talks about “The Dip,” that period during any worthwhile endeavor where things get really hard. He explains that to survive, we have to knuckle down and focus on the goal or the outcome we desire, not on the circumstances or the hard times around us. Not many people make it through “The Dip,” but for those who do, life changes – almost always for the better.

You may or may not be living in your car, but you may be going through tough times financially, or medically, or emotionally. You may have lost your job, your family, your child, or your spouse. You may be on the verge of losing your home, or have just lost it and are wondering what’s next. Whatever it is, remember that events don’t define who we are, we do.

My message is simply one of hope. When you believe in yourself and know who you really are, you have hope. Hope always survives. That is its nature. So no matter what happens to you, cling to what you know to be true about who you really are. Hold fast to your dreams and your goals and know for certain as I found out, that hope always finds a way. .

If you’re homeless, or on the verge, begin with remembering: