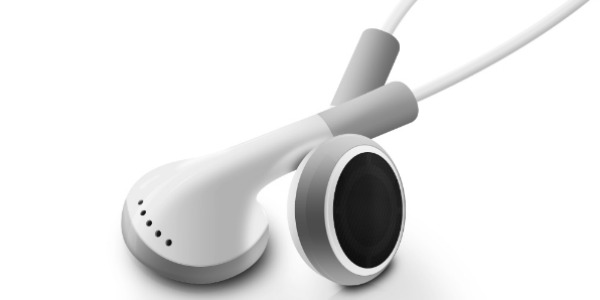 When Apple co-founder Steve Jobs returned to the company he started after an eleven year absence, Apple was in a death spiral, literally a few months from bankruptcy. The year was 1996. Jobs had been “fired” or forced out in a corporate battle in 1985, one year after launching the Macintosh which revolutionized the computer industry and forever changed the way consumers would interact with their computer screens, bringing the power of the personal computer to the masses.

During the years that Jobs was gone, the company floundered under a string of uninspiring leaders.  When Jobs returned he took a bold step – Apple would reduce the confusing number of products it offered to focus on just four categories (professional and consumer versions of a desktop and mobile computer). By the end of 1998, Apple had cut its total product offerings from 350 to 10. You know the rest. Jobs resuscitated Apple and continued to launch one innovative product after another: iMac, iPod, iPhone, and iPad.

Apple is considered one of the most innovative companies on the planet. As I researched the company for my book, The Innovation Secrets of Steve Jobs, studied its history, and spoke to the people who know Steve Jobs best, it became apparent that innovation takes confidence – lots of it. Let’s look at just a few principles that have driven the success of Apple and examine how Steve Jobs conquered his fear to create a magnificent brand.

Principle One: Do What You Love.

In 2005 Steve Jobs told Stanford graduates that the secret to success is having, “The courage to follow your heart and intuition. They somehow already know what you truly want to become.” Jobs has followed his heart his entire life and that passion, he says, has made all the difference. It’s very difficult to come up with innovative ideas if you’re not passionate about the subject.

Notice that Steve Jobs used the word “courage.” In the early 1970s Steve Jobs dropped out of Reed College in Portland, Oregon. He dropped out so he could “drop in” to the classes he really wanted to take, like calligraphy. Yes, calligraphy. He didn’t know where it would lead at the time but a few years later the Macintosh would be the first computer with beautiful fonts and typography – a holdover from Jobs’ calligraphy lessons.

It took courage, though, for Jobs to go against the wishes of his parents and to follow his heart. I’m not recommending that young people suddenly stop listening to parents and drop out of school – far from it. But realize that passion is subjective. The career or business decision that worked for your parents, friends, or colleagues, might not be the best path for you to follow. It takes courage to follow your heart, but the rewards are well worth it.

Steve Jobs once said, “I’m as proud of what we don’t do as I am of what we do.” He’s committed to building simple, uncluttered products with minimalist design aesthetics. And, his commitment extends beyond products. From the design of the iPod to the iPad, from the packaging of Apple’s products to the functionality of the website, in Apple’s world, innovation means eliminating the unnecessary so that the necessary may speak.

It takes courage to build a product so simple a child can use it. Many product manufacturers fail to grab the consumer’s imagination because they add more and more features to a product, adding clutter and complexity. Apple goes in the opposite direction. Imagine how much courage it must have taken to introduce a SmartPhone that eliminated the keyboard entirely, making one giant screen instead. The iPhone, of course, went on to become a worldwide hit and revolutionized the telecom industry. Simplicity sells.

You can have the best idea in the world, but if you can’t get people excited about it, it doesn’t matter. For every idea that turns into a successful innovation, there are thousands of ideas that never gain traction because the people behind those ideas failed to tell a compelling story. Here, too, it takes courage to tell a masterful story.

Steve Jobs is considered one of the world’s most astonishing presenters. Yet, his presentations are unlike the millions of bland presentations given in corporate settings every day. For example, Jobs’ slides are image rich – mostly product photographs and images. When words do appear on a slide, often there’s only one word. The rest of the slide is blank. It takes courage – and a lot of practice – to internalize your company’s message so thoroughly that a speaker only needs a photograph to begin the discussion.

The iPad was ultimately successful but many critics didn’t see the need for a new device in between a SmartPhone and a laptop. Jobs’ vision was bigger than that of the skeptics.

Have the courage to follow your vision and your heart. If you do, you’re more likely to create new ideas, products and services that move society forward.

This article is based on Carmine Gallo’s book, The Innovation Secrets of Steve Jobs: Insanely Different Principles for Breakthrough Success (McGraw-Hill)