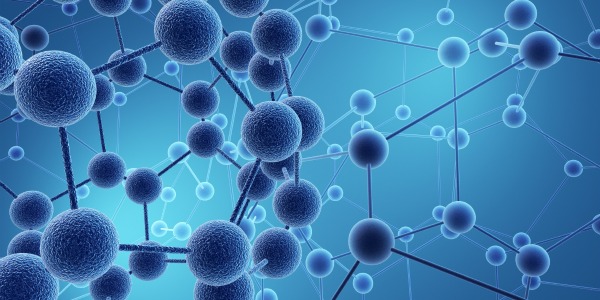 Audacity – which the Free Online Dictionary defines as “bold insolent heedlessness of restraints, as of those imposed by prudence, propriety, or convention” – is something that many people associate with entrepreneurship. In popular perceptions, at least, entrepreneurs boldly move forward with their ideas of building new businesses even when both prudence and convention suggest that they shouldn’t.

But are entrepreneurs really any more audacious than those that stick with their 9 – 5 jobs rather than striking out on their own? And, if they are, what makes some people and not others audacious enough to start businesses when more reasoned thought might suggest that they shouldn’t?

Little Evidence of an Entrepreneurial Personality

Academic researchers have been grappling with these questions for decades with mixed results. Carefully conducted academic studies show that very few psychological traits differentiate entrepreneurs from the rest of the population. Moreover, those that have been found to show a difference reveal very slight differences, much smaller than other factors, like race or age. For instance, some evidence shows that people who start their own businesses are more tolerant  of risk than those who work as managers in other people’s companies, but there isn’t a lot of evidence to show that those who go into business for themselves are more risk tolerant than the rest of the population.

In short, the popular view of what makes entrepreneurs different from the rest of us doesn’t jibe with the results of academic research – why?

One possibility is that people engage in what psychologists call, “the fundamental attribution error”. They tend to over attribute patterns to differences between individuals when, in fact, the differences are better explained by other factors. For instance, people might say entrepreneurs have different personalities form other people when, in fact, careful surveys don’t show this pattern.

People do this because they’re uncomfortable with the idea that being an entrepreneur results from factors other than the characteristics of the person himself.

Another possibility is simply that researchers have focused on the wrong dimension in their study of entrepreneurs. If only they looked at the right dimensions of personality, the argument goes, they would find the differences that everyone believes there are..

The critics of academic research on entrepreneurship have a point. Scholars haven’t looked at all aspects of personality. And at least some of those that they have missed are the dimension that many people believe distinguish entrepreneurs from others.

Consider the example of audacity. Although many people think of audacious people as risk takers, this dimension of personality isn’t the same as risk taking. In fact, it is closer to a different personality trait – one called novelty (or sensation) seeking. Novelty seekers, as the name implies, enjoy novel experiences and avoid routine. They tend not to be held back by convention and are willing to pursue experiences they haven’t had before, such as trying new foods or going to new places.

Research shows that people who have this personality trait think differently from others. They tend to be more creative and to engage in more divergent thinking, coming up with better solutions in open-ended problem solving. They are more open to new ideas, more tolerant of change, and are more comfortable in new situations. They also often view new opportunities as less risky and more interesting than other people.

Because they think differently from others, novelty seekers prefer different jobs. Their short attention spans and tendency to make decisions quickly on limited information leads them to prefer jobs that are full of changing and incomplete information. Their tendency to get bored easily leads them to avoid routine work. As a result, they prefer jobs that permit them autonomy and independence.

As Dr. Dean Hamer, a geneticist at the National Institute of Health, writes in his book Living with our Genes:

“A person who scores extremely high for thrill seeking could work as a pilot, firefighter, stock broker, or bank robber… low scorers tend to be… accountants, librarians, editors, machine tool operators, dentists, and computer programmers… They are cubicle dwellers… they prefer jobs with long term projects and goals rather than rapidly changing priorities. They will feel more comfortable at IMB rather than at a start-up company that might not exist next week. Lower thrill seekers make excellent middle managers because they are willing to perform the difficult, often thankless tasks required to turn a new idea into reality…Low scorers tend to be orderly and precise, and a routine can be comforting, rather than confining.”.

Part of the reason people are novelty seekers comes from things they have learned over their lives. But an equally large part is innate. In fact, some studies even show the majority of the difference between people in novelty and sensation seeking comes from their genes.

A number of different genes influence our predisposition to seeking novelty. On study, for example, showed that the influence of 59 genes taken together was needed to account for 38 percent of the variance between people seeking novelty.

But scientists believe that certain genes are of particular importance in influencing the development of a novelty seeking personality – the genes that affect the transporters, receptors, and metabolizers of the brain’s feel-good chemical, dopamine. This neurotransmitter influences how we feel in response to external stimuli like a good meal. Research has linked several of the genes that code for the creation of receptors and transporters of dopamine in the brain to having a novelty seeking personality..

From Genes to Novelty Seeking to Entrepreneurship

Ok, so some people are genetically predisposed to seek novelty, but what does that have to do with entrepreneurship? A lot actually. Although novelty seekers engage in many different activities to release dopamine – play extreme sports, have multiple sex partners, and eat foreign foods – some scientists believe that one of the ways that they respond to their genetic predisposition to need more stimulation to get dopamine released in their brain is by starting businesses. After all, going into business involves taking a risk to do something novel.

In fact, in studying the occupational choices of pairs of identical and fraternal twins, some colleagues and I found that between 37 and 42 percent of the differences between people in their tendency to be entrepreneurs was genetic, whether entrepreneurship was measured by starting a business, being self-employed, being an owner-operator of a business, or engaging in the new business start-up process.

More importantly, my colleagues and I found that the same genes that predispose people to seek novelty also predispose them to start businesses. Specifically, we discovered that between 11 and 19 percent of the difference between people in their odds of running their own businesses came from the same genes as affected their tendency to be sensation seeking.

In short, the evidence suggests that some people are innately wired to be more audacious than others.

An innate predisposition to seek novelty influences a person’s tendency to do many things, one of which is to start businesses. And the same genes that predispose people to look for novelty also predispose them to start companies..

All of us, regardless of our genetic endowment, can be audacious.

Moreover, being audacious doesn’t mean that you will necessarily start a business. Audacious people might respond to their life’s experiences and become explorers or astronauts or any number of other occupations rather than entrepreneurs. So depending on your circumstances, even if you are predisposed to be audacious, you may not become an entrepreneur.