Lessons From The Chocolate Factory 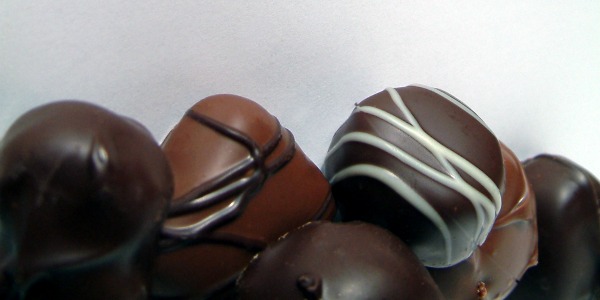 As a kid, I loved the movie Willie Wonka and the Chocolate Factory (who am I kidding, I still love this timeless classic)!   I must sheepishly admit that I just watched this movie last night for the hundredth time and every time I watch it I glean another collective pearl of wisdom.  There is a profound old adage that says “God picks the simple things to confound the wise” and I’ve often learned some of my most valuable life lessons through simple stories.

Willie Wonka and the Chocolate Factory is a story of a poor young boy named Charlie who scores the remaining “Golden Ticket” and wins an opportunity to tour the most eccentric and mysterious chocolate factory in the country – owned by Willie Wonka.  Charlie is a fresh faced ‘tween’ dangerously armed with truck-loads of integrity from which the business leaders of today have much to learn.

The metaphoric “Golden Ticket” of this era is having unshakable integrity and exceptional leaders know that they need lots of it to win and win big.  They don’t go along to get along, they just do what’s right. They realize that another “Golden Ticket” rests in their employees and in cultivating a healthy corporate culture. These exceptional leaders do the math and equate conflict, chaos, pathos, poor communication and a toxic environment, to high absenteeism, high churn, high stress, low morale, low retention and net losses for everyone concerned.

Exceptional leaders scrutinize the relationship terrain and find effective ways to leverage those relationships and talents to create ‘win-win’ scenarios for everyone.  They know that, in this burgeoning 2.0 world, valuing their employees, keeping their integrity firmly intact, and acting in the best interest of everyone concerned is the key to profitability.  Mediocre leaders, however, miss out on this winning combination because their egos loom largely, their views languish myopically, and they often fail to see the big picture.  So why are organizations like Google consistently successful? It’s because their exceptional leaders know how to value and leverage talent and they are extremely intentional about creating an enviable social culture.  They create happy and motivated employees who actually want to show up for work, who want to add their signature contribution; and when you have people showing up for work giving the best that they’ve got to offer, that’s when the magic happens!

Now back to our protagonist Charlie.  Charlie is faced with a dilemma early in the movie. The story’s antagonist, a rival candy shop owner named Mr. Slugworth, appears and offers Charlie the opportunity to make his poor family very rich. All he must do is turn over his ‘Everlasting Gobstopper’ so that Slugworth can figure out the formula and create a profitable knock off.  How many of today’s leaders are faced with similar temptations – selling out to rivals, bribery, opportunities to cut corners, theft, or any unsavoury means of fast-tracking to wealth or prominence?  Just too many.

Sadly, our protagonist Charlie briefly falters when he succumbs to his Grandfather’s coercion into taking a sip of the forbidden “Fizzy Lifting Drink”.  This momentary lapse of judgement, however, does not come without its own consequences.  We soon find out that nothing has been missed by Willie Wonka, who flies into a blistering rage and informs Charlie that he has been disqualified from receiving the Grand Prize and that he and his Grandfather are immediately being thrown out the factory. Charlie ‘fesses up’, shows complete and utter remorse for his mistake and, upon  leaving the factory, pauses, turns back, and gently places his “Everlasting Gobstopper” on the desk of Willie Wonka.  There is a brief silence and Wonka’s vitriolic demeanor of seconds before dissipates into a joyful countenance as he happily informs Charlie that it all was just a test – that Mr. Slugworth was actually working for him to test Charlie’s character.  He tells Charlie that he only held the contest because he wants to retire and wanted to find his successor. He tells Charlie that he would only turn the factory over to someone he felt was worthy; someone compassionate with a moral compass steeped in integrity.  He informs Charlie that he is the ‘chosen one’, the benefactor of the whole chocolate factory and all of the riches contained within.

So the simple lesson in this story; for kids, parents, mediocre leaders, and exceptional leaders alike; is that integrity never grows old.  Whether in fiction or in real life, it will always win out in the end!