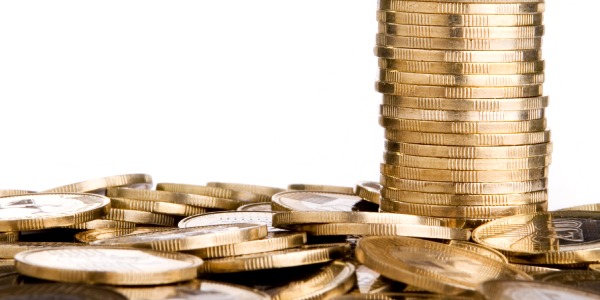 In life, there’s “True Wealth” and “False Wealth”. False Wealth is very seductive but has no real or lasting power. True Wealth is one of the greatest powers on earth when harnessed and employed correctly.

The problem is, few people know the difference between True Wealth and False Wealth. It’s not something we’re taught in school or by most mentors, including our parents. As a result, so many of us end up aiming at the wrong target and unintentionally investing tremendous amounts of time, energy, effort and money into the pursuit of False Wealth.

How about you? Do you know the difference between True Wealth and False Wealth? Are you absolutely certain which target you’ve been aiming at?

The reality is … “Money talks!”

For most people, the phrase “money talks” means wealth is power. The more money you have, the easier and better your life becomes. To a certain extent, it’s true; money does solve many of life’s problems, but there’s more to it than that.

Money sometimes lies. Money says: “Make the quest for me the most important thing in your life, and I will reward you with whatever you want.”

Money may tell us that if we sacrifice our time and energy, or even friends, family, and health, money will reward us for putting it first. How many people do you know who make the accumulation of money their first priority, thinking that it will lead to happiness, peace of mind, and great relationships?

We often perceive money as the solution in our never-ending quest for peace and happiness. We give it unprecedented permission to set boundaries in our lives – in our work, our families and our relationships.

When we view our lives strictly in terms of our financial possessions, wealth comes at a high cost. We all know families that have been torn apart by money; and, many of us know individuals whose lives might not include great financial abundance, but they are among the happiest people we know. They embody the expression, “When you’re happy within, you can be happy without.”

An incident that occurred several years ago gave me further insight. I found myself outside the door of a very young, affluent and influential CEO of a newly listed New York Stock Exchange company. I had been working with him and the company for several years, and I was there to pick up a very sizeable cheque. In fact, it would be the largest single cheque I had received up until that time. His office was on the top floor of a ten-story building in which the firm occupied all ten floors. To say the office was opulent would be an understatement.

I entered through the large double doors and headed straight for the desk where Mr. CEO sat engrossed in the documents on his desk. He looked up at me over the top of his glasses, and without any formal acknowledgement of my arrival, he lobbed a question at me that totally stopped me in my tracks.

“I’ve been wondering – what’s a guy like you worth?”

What kind of question is that? I wondered. What does he mean, “A guy like you”? I had a pretty good idea of what he was worth. His stock in the company was public information and that was valued in excess of three quarters of a billion dollars. Not bad for a thirty six-year-old executive!

I don’t know exactly why, but the question presented to me in that manner at that moment made the hair on the back of my neck stand straight up. I made every effort to maintain my composure, but I wasn’t too successful.

I looked him straight in the eyes and with a firm (perhaps slightly quivering) voice said, “I will tell you what I’m worth. To my family, I am worth one heck of a lot! And while we’re on the subject, let me tell you something else.” (I now sensed I might be putting the forthcoming cheque at risk, but I continued.) “Some people are born downright ugly. Others are born with more serious handicaps; perhaps they’re blind or crippled. Others experience tragedies during life that seem insurmountable or even unbearable. I don’t believe that God cares as much about what happens to us as He does about how we deal with what happens to us.” I took a deep breath, but I still couldn’t hold back. “Perhaps your handicap is that you are rich! And I don’t think God gives a squat how much money you have. What He cares about is what you do with it!”

You would have needed a butcher’s knife to cut the tension in the room. I stood there becoming more fully cognizant of what I’d just said, expecting to be dismissed. Sweat seemed to be coming out of every pore in my body. After what seemed an eternity and a contest of wills, he quietly responded “You know, I was just thinking the same thing.”

Whew! I walked out with the cheque in hand.

What is any one of us worth? Can we put a dollar value on what we are worth to our family and friends, to our business associates and clients? We are worth a great deal to our communities, as well, if we contribute of ourselves, financially or in other forms of service. In fact, the whole notion of worth expressed in dollars is utterly meaningless when we begin to think about how valuable we are to those around us, and how valuable they are to us.

For the last thirty-three years, Empowered Wealth has worked with some of the wealthiest individuals, entrepreneurs and families in the world. We have also worked with people deeply in debt and at virtually every level in between those extremes. As advisors to the affluent, we began to examine whether the work we were doing – creating intellectual mechanisms for the rich to pass their wealth to their offspring without concomitant responsibilities – was one hundred percent beneficial. Were we protecting the wealth of hard-working people from the ravages of inflation, the taxing authorities and other enemies of wealth preservation? Or were we, in effect, contributing to the delinquency of the generation of very wealthy heirs and trust-fund beneficiaries who would follow them?

More and more time was devoted to studying some of the world’s wealthiest families. I wanted to know why some families were successful in preserving wealth for generations, and why most family fortunes never made itto the fourth generation.

Through that study, we discovered the real meaning of “True Wealth” and how to create it, grow it, manage it, optimize it, preserve it and pass it along intact to future generations. The Brower Quadrant is radical stuff that goes against what you have been taught but not against what you know about wealth.

Someone once said that our true worth is what is left after the money is gone. We have True Wealth when we enjoy financial abundance without neglecting our relationships, our communities or our personal searches for meaning. There are those rich and poor who have learned the secrets of True Wealth. They know that it encompasses things that money does not.

How do we balance the need for money and desire for wealth with our need for purpose and meaning? The answer lies within the question harmony. Harmony demands we honor, develop and acquire symmetry between all of our assets:

(the essence of who we are – our family, health, values, talents and beliefs)

(the sum of our physical, emotional, mental, and spiritual experiences)

(our effect on others with our money, time, and relationships)

True Wealth comprises all of these assets; we don’t want to sacrifice one for the other. Fortunately, we don’t need to make that sacrifice. When we have True Wealth, we can maximize the enjoyment and benefit we receive from all of our assets. We can grow them, manage them, optimize them, preserve them, and pass them on to whomever we choose. The remarkable thing that you will discover is that the more you pursue meaning in your life, the more money ends up pursuing you. Develop systems for transferring the values the money will follow.

“One of our very astute clients wondered aloud, ‘What do I get my grandkids for Christmas?'”

I suggested she use the Brower Quadrants as guidance and asked her what was the one thing each of her grandkids could use, right now, that would empower them the most, that would transfer Grandma’s wisdom and love to each grandchild in a way they would always utilize and remember?

Here’s what we designed and what Grandma did.

Grandma carefully wrapped four crisp, green apples in a beautiful gift box – one for each grandchild. Can you imagine the surprise when each grandchild opened their gift and found an apple? Tucked under the apple was an envelope with a handwritten note offering an exchange of that green apple for a brand new Apple Computer.

The note explained that like the real apple, each member of the family, has at their core the seeds that when nourished and cared for, would lead to multigenerational orchards of thoughts, experiences, knowledge and wisdom that would bear Core, Experience, Contribution and Financial fruit. “Your new Apple Computer will help you create and capture your true wealth from each quadrant.”

Each of the grandchildren understood the message. It was the last note each ever received from Grandma; she passed away soon after. Fortunately, the gift had a life of its own that will live for generations. In fact, the family now refers to this “fruitful” gift of love and life received from Grandma as the “Apple Experience.”

The book, The Brower Quadrant, has led many individuals and families to discover increased confidence and peace of mind by implementing the systems of Empowered Wealth and Quadrant Living. They will tell you that by focusing on “true wealth” they have actually multiplied their financial wealth while nourishing their most valuable assets i.e. those assets they would not trade for more money. They’re intentionally building generations of empowering givers versus unintentionally encouraging future generation of entitled takers. Isn’t that really what it’s all about?