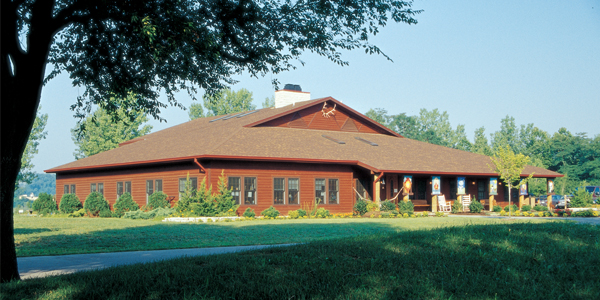 Curiosity and its business translation, “innovation”, are within all of us. They often show when we embark on a new job or career.   Sadly, they also often wither away as the days, weeks, months and years grind on.  The purpose of this article is to give you three simple principles for reigniting the spirit of curiosity and innovation that you once had and have now lost.  The benefit of reigniting this spirit is a renewed passion for the 30% of your life you spend working.

Think back to when you first started in the work world.  Odds are you were a volcano of ideas.  You were filled with hopes, dreams and yes – curiosity.   You were a sponge for learning  – asking questions, reading articles, experimenting with new ideas.

Over time, the spirit dies.  Sometimes it dies because of a boss or a boss’s boss who, despite having hired you for your energy and ideas, really just wants you to confirm their preexisting beliefs, perceptions and misperceptions. Sometimes it’s because the culture of workers pressure you to conform and get along.   Worst of all, sometimes we just voluntarily give up the spirit.  We face a few roadblocks with our thinking – and lose our momentum.

For 26 years we at Eureka! Ranch have been studying how to reignite curiosity, innovation and growth within companies, colleges and communities.  The result of this research is a new field of academic study called “innovation engineering,” which is being taught to students as a minor in universities and to company leaders at executive education programs.

Innovation engineering research is grounded, as you would expect, in hard data.  Researchers carried out quantitative research on 26,000 innovations and monitored over 13,000 teams in the act of creating ideas, They found that collectively, the teams created, communicated and quantified over $4.1 billion worth of innovation.

From this research we have learned three simple things.

At its most basic, curiosity is a willingness to accept that we don’t know all the answers. When we start a new job we have no problem admitting our lack of knowledge.  It’s expected that the “new person” doesn’t know what to do or “how we do things.”  Curiosity is natural and to be expected.

Sadly, over time our ego makes it uncomfortable to say, “I don’t know”. After five or ten or twenty years of admitting we don’t know something, we begin to feel stupid, dumb, or incompetent.  What we don’t realize, is that saying you know something when you really don’t, is arrogance.  Not knowing is not being stupid.  As Dr. Debono told me, “I’ve never really met a stupid person. I’ve met some very simple people, illiterate miners in South Africa – they’re not stupid.  The only form of stupidity is arrogance –when you say, ‘I know everything, no one can teach me anything.’”

The starting place for reigniting curiosity is to admit that you don’t know everything.  The next step is to embrace learning.  Make learning part of your daily – yes I said DAILY – activity.   This means, invest time in doing it.

Every morning – before you get dragged into the treadmill of life – take 20 minutes to learn more.  An easy way to start is with the Internet.  We call it “stimulus mining.” This can involve mining for technologies developing in your field, as well as mining for what your competition is doing, what your customers are doing and what your industry is doing.  Never before in human history has learning accelerated so fast.  Join the learning and in the process you will reignite the curiosity within you.

Our research of teams from major corporations such as Nike, Walt Disney, American Express, Procter & Gamble – plus thousands of small and mid-sized companies – finds an exponential increase in the quantity and quality of ideas when we embrace diversity.

Embracing diversity means a willingness to admit, “I need help.”   And frankly, it’s much harder than admitting, “I don’t know.” When you admit, “I need help,” you’re exposing your lack of knowledge to others.  And this is very painful to our ego.

But think back – when you started on the job you had no problems asking for help.   Those dozens, if not hundreds, of interactions with others opened your mind to new thinking, new ideas and new ways of doing things.

There are many methods for accelerating diversity of thought through group techniques.  But at its most basic, all we need to do is to ask questions and listen to learn, instead of listening to confirm.  And the starting place for learning the most is by getting “close to the work.”  What this means is spending time on the very front lines: with customers at their place of business, in the factory on the production line, in the R&D lab with the technicians running hands on experiments.

When we ask questions, and see, hear, and learn from those close to the work, we get first person learning.  When we learn in meetings and conference rooms, our learning is second, third or even fourth hand.  And, as statistics teaches us, even if each person got the message 80% right, after four iterations, the odds of the correct message remaining intact are now 41% (80% X 80% X 80% X 80%).

When we get “close to the work” we also get a new energy.  We revitalize our curiosity – because of the natural energy from the reality of the learning.

Embrace: “I Love To Fail”

This is by far the hardest of the three principles.  Learning to love failure is the most important tool for reigniting curiosity.    Our research with thousands of companies finds that a willingness to have the courage to try new ideas is critical to successful innovation.

The way we teach students and executives to embrace failure is to re-label it.  We re-label failure as learning.  We have them embrace the scientific method of inquiry.  In business it’s known as the Deming cycle: 1) Plan, 2) Do, 3) Study, 4) Act.  To address the challenges to the ego, that come with even trying something new, we promote “Fail FAST Fail CHEAP” cycles of learning.   The words FAST and CHEAP are capitalized so as to put the focus on speed of learning.  And by fast we mean cycles of learning ranging from one hour to one week.  Imagine how much smarter you and your organization would be if everyone learned something by running just one experiment every week.

Naturally, Fail FAST Fail CHEAP ignites curiosity.  It takes you back to the beginner’s mind – to the rookie’s mind you had when you first started on the job.

Sadly, for many cultures the world of ideas is driven by, “declare and defend.”  We declare our idea with great pomp and circumstance then defend it to the death no matter what we learn to the contrary.

To embrace, “I love to fail,” start with small failures – done fast and cheap.  Step by step, you will build your courage and before you know it, you just might have the curiosity and courage of your six-year-old.