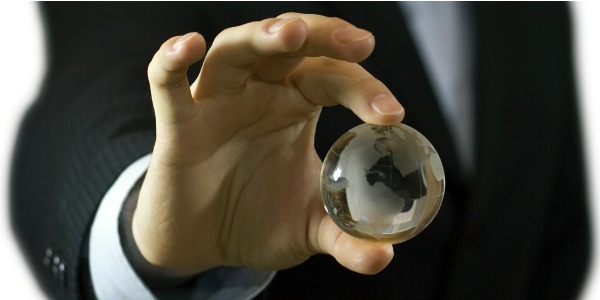 In this climate of radical global change, people need to step up and take responsibility – now more than ever before.

Responsibility changes everything. The moment we decide that we are the ones who are capable of and responsible for changing things, everything shifts. Whether it’s your relationship, your career, your life, or global issues – the world gets better whenever one of us simply decides to step up and do what we can do in our sphere of influence.

Seeing ourselves as responsible and powerful to change things is a game changer in the deepest sense. The shift is akin to the childhood game of tag. When I was a child we played endless hours of this game. One person was “it” and had to run around trying to tag someone else. The moment you were tagged, the whole game changed. Well – YOU are “it!”

You are responsible for your own happiness, for the success of your relationships, for the morale of your workplace, for the success of the company where you work, for your career, and for your life. What’s more, you are responsible for poverty, for global warming, for your neighborhood, for your school, and for homelessness. Better said, WE are all “it.” That is, when each of us takes responsibility, stepping up to do what we can, everything gets better. Not only that, but when we step up and take responsibility, the game of life and work is more fun and more rewarding. We find more success.

Whenever you find yourself saying someone else should do something about (fill in the blank), whether that someone is your mate, your boss, your neighbour, the mayor or the CEO – turn it around and ask: What can I do?

When you take responsibility and step up for something, you inspire others to step up. We are herd creatures and it’s natural for people to want to follow and join.

For example, have you ever noticed that when you yawn, it’s highly likely someone around you will also yawn? Recently, I yawned, and even my dog yawned! We all know that yawning is contagious, but have you ever wondered why? After years of trying to answer that question, researchers concluded we yawn because imitating the behavior of others is a natural human trait. We yawn together for the same reason that we smile when a stranger smiles at us or that we laugh when someone else laughs at a joke, even if we don’t get the joke. We humans are social beings, and fitting in matters to us.

Human behavior is contagious, good and bad. All of us have had the experience of entering a break room and seeing how one person’s complaining about how bad things are “around here” leads to everyone else’s joining in the whining feast. We have also had the opposite experience, witnessing how the energy shifts when a few people start talking about how to fix things instead of how broken things are. Responsibility is contagious. I call this the responsibility ripple. When someone steps up to change things, others step up and find courage they had not previously found. You want more civility in your relationship? Then you go first and start a ripple. You want people to step up about a social issue? Then you step up.

Leadership is Posture – Not a Position

Stepping up is a big issue at work too. A recent worldwide survey revealed that the biggest pet peeve we have about people at work is NOT taking responsibility. Companies want solution people who come with ideas and that often means leading even if you don’t have a formal position of leadership.

A classic example of this is the story behind the Starbucks Frappucinno. Today, the Frappucinno is a billion dollar business but according to Howard Behar, former president of Starbucks International, the Frappucinno almost never got launched. In the mid 1990s in Santa Monica, California, a local coffee shop was serving a cold dessert drink that was taking away customers from the local Starbucks stores in the summer months. Staff and the local manager felt they needed to get some blenders and create a drink to compete with the local operation. The idea went all the way up to the senior team who voted against experimenting with the drink.

It was not in the store manager’s job description to come up with new products. In fact, Starbucks had a group of people who were tasked with creating new menu items. But the folks in Santa Monica kept bugging Howard Behar, then vice president at Starbucks. They kept pushing “like a little dog on a bone” saying this idea was a winner even when the answer came back as no. They started experimenting anyway and the sales skyrocketed. The rest is history. This happened because a few people led in an area they were not supposed to be leaders. They did not let position get in the way of choosing to lead.

The Five Biggest Myths that Prevent People from Stepping Up

While conducting a survey for my new book, Stepping Up, I asked people why they don’t take action. Here are the 5 most common reasons.

1. I am only one person so it won’t matter if I step up

It’s easy to forget that every movement or organization started with ONE person! When one person acts it often inspires others to act. Every action creates a ripple. The power of aggregate influence occurs when our actions are added to the actions of others. There are many examples of ordinary people who saw a problem and stepped up to effect extraordinary change. All you need is the belief that you can and the willingness to take that first step.

2. People who stick their necks out get in trouble

Yes true, you might step up and fail. But failure is not the worst thing – regret is. Until you step up you may never know how powerful you are. Sitting back and doing nothing when you see a problem while knowing you can do something about it, could leave you feeling worse than if you took a risk. What if you succeed? You’ll never know if you sit passively on the sidelines. Every successful venture has had elements of risk on the journey. No risk – no reward.

4. Who am I to step up? I don’t have anything to offer

Whenever we think of stepping up it’s easy to think who am I to step up? Maybe we think we are not talented enough, influential enough, or courageous enough. Nothing could be further from the truth. Some of the most successful ventures were started by ordinary people who did extraordinary things. They weren’t “special” nor were they in positions of power. A classic example of this is Ken Lyotier, a homeless, unemployed dumpster diver in Vancouver who started a recycling revolution and later a business that has employed hundreds of street people. Passion is more important than pedigree. Just find your passion and take that first step.

5. Let Other People Step Up First

We have no control over what other people do, whether it’s your boss, your spouse, your coworkers or your neighbours. But we have the freedom to take action ourselves and when we do, we feel empowered. Research shows people who sit back and complain about situations feel and act like victims are less happy and less successful than those who take responsibility and make things happen. If everyone waited for someone else to do something, nothing would ever get done. Go for it. Take a step. Do something – do anything!

Ways to Step Up Right Now

So you’ve decided you want to make a difference but you might be wondering “where do I begin?” The first thing is to find something you’re most passionate about then DO something to support the cause. If you know what that is, great! If not, consider taking a step exactly where you are right now. Here are some suggestions to get you started.

Perform a random act of kindness every day for a stranger such as hold a door, give up your seat, say hello to a homeless person, be-friend someone at work or school who has few friends.

Speak up and break the silence. Write your representative or call a talk show.

Choose one simple way to live your convictions more fully. For example, if you are concerned about waste, give up plastic bottles or stop using plastic bags.

Refuse to listen to gossip or anything that demeans another person such as derogatory jokes. Say something to shift the conversation.

Intervene and speak up when you see or hear of someone being bullied.

Offer a solution to a problem at work.

Recycle as many items as possible. Pick up bottles or cans and throw them in a recycle bin if you see them on the street.

Take a moment to thank someone every day.

Refuse to be a victim. Take 100% responsibility and make 0% excuses.

Be happy and positive. Your attitude is contagious!

Stop whining and complaining! If you see a problem, offer a way to solve it.