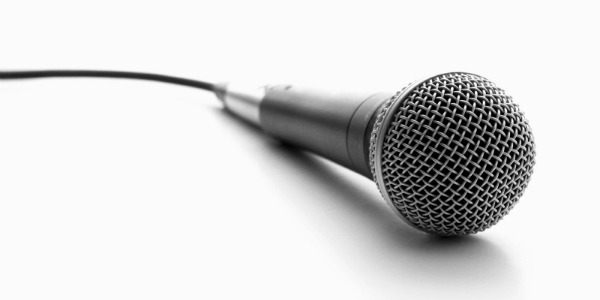 In a recent radio interview the host asked me, “What can the government do to improve your life as a blind person?”

Lend me your ear and I shall explain.

When I first started in comedy, I could not afford to join the ranks of the notorious. Club owners were wary enough about hiring a blind comic. “How will he get here?” “When, and if, he gets here, what do we do with him?” And finally, after a slew of questions, “Is he funny?”

I knew that in order to make it as a successful stand-up comic, I was going to have to prove to those club owners, to the comedians I worked with, and (most importantly) to myself that I could do it. Be reliable. Be on time. Be funny.

Among the comedians, I became known as the guy with contact names and telephone numbers, with show times and directions to the gig.

So there we are, three comics wedged into a well-used Volkswagen Beetle, limping our way down the 401, and it’s the blind guy that says, “Your exit should be coming up very soon. At the end of the ramp turn right or north. Go nine kilometres and watch for the Armstrong Tractor dealership on the left.” (Thirty kilometres later and still no Armstrong… Heck, even us blind guys get it wrong sometimes.)

What it comes down to, blind or otherwise, is that ultimately it is up to the individual to get things done.

My grass needs cutting. We need groceries. Have to be in Halifax next month. Nowadays, all these things and more are in my wheelhouse. Sometimes it ain’t pretty – and there’s a very good chance it ain’t quick – but I get it done.

Confidence and satisfaction are my rewards.

So what do I need from the government? An office in Barbados…a private jet…. Okay, come back to earth. I wrote this article on my computer using JAWS, software that makes my computer talk. Software that is partially subsidized by . . . the government. They provide the opportunity, which is great, but it is up to me to run with it.

And I believe that’s the way it should be.