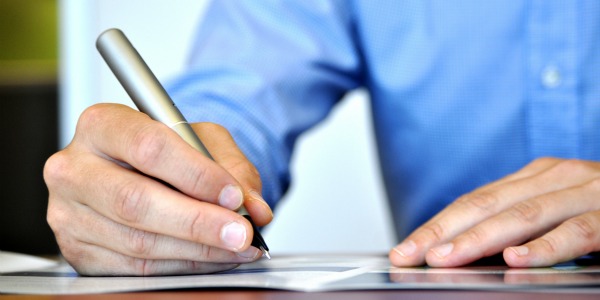 We are living through revolutionary change

The 14th of September, 2008 is an important date because it’s the day the world changed. Of course history will show this as the date on which the Lehman Brothers collapsed, hurtling the world into an energy-sapping recession but, most poignantly, this date represents the tipping point between the old and the new worlds of work.

Look around you. Business models have changed, your customers have changed, entire industries have changed (if you want evidence of these changes just ask the music and publishing industry leaders). Research is revealing that this new period of change will have as great an impact on the world as the Industrial Revolution had. It may not seem like it from the inside, but we are living during a period of great revolutionary change and, while some people may wonder or even hope for a return to normality, the stark reality is that there is now a new normal and a new set of rules.

For business leaders, this is daunting. After all, we’ve never been here before. There are no road maps and what was taught in business schools in the eighties and nineties now seems out of touch and out of date. In his book, The Next Global Stage, The great management guru Kenichi Ohmae captured it best when he wrote: “Rules that now apply bear scant relation to those applicable two decades ago. Different times require a different script.”

This is what I want to share with you, the new business script. Over a series of articles, we are going to explore what this new script is, what it means for you as a leader, and most importantly, what your business can do to be successful during this time of revolution..

My research across numerous industries has revealed that successful companies are mastering six things well. I’ve called these six things the business “SCRIPT”, an acronym for which:

The S stands for Strategy @ Speed

The ability to implement strategy faster than your competitors is now a competitive advantage. Fast companies have, on average, 40% higher sales growth and 52% higher operating profits than their slower counterparts.

The C stands for Collaboration (with partners, customers, suppliers and even competitors).

Today, business is far too complex to go it alone. Those that master collaboration will be the winners. But collaboration is not something businesses do well. Research reveals that up to 80% of alliances and collaborative relationships fail to deliver the expected results. We’ll explore what you can do to improve collaboration, turning to some ingenious solutions found in nature.

The R stands for Results

The legitimacy of business has fallen to levels not seen in recent history. Businesses can no longer focus narrowly on the bottom line. Bold and visionary leaders recognize this and are embracing a broader view and discovering new business models that create shared value (CSV).  The sales of GE’s CSV focused products are predicted to grow at twice the rate of total company revenues over the next five years. Exciting stuff.

The “I” stands for Innovation (which is not just about having a big research budget and team).

Innovation is about having the right culture, one that encourages experimentation and even failure. The famous basketball player Michael Jordan once said, “I have failed over and over and over again in my life…and that is why I succeed!” referring to his over 9000 missed shots at goal.

The “P” stands for People

Every year, you and your competitors sell the same products and services to the same customers. You sell them at similar prices, deliver through the same channels, and advertise in the same media, using the same techniques. On top of that, every few years you swap staff! So where is your competitive advantage? I’ll put it to you that competitive advantage today and in the future is now less and less about WHAT you sell, and more and more about WHO you ARE. And who you are is made up of the talented people you attract to your business and the partnerships you build with your valuable customers.

The “T” stands for story-Telling

Every business needs a Quest, something that makes their people feel they are part of something bigger. Quests are an adventure, they inspire people. Every business has the ability to make a great difference, but most are poor at articulating and communicating the passion behind what they are doing. Quests and how you communicate them are the answer to building a great business.

There you have it, my business SCRIPT for the new world of work. We are living during one of the most exciting revolutionary periods in human history. Having and following the new business script can help you surf the waves of change in your industry. In the next series we will explore in more depth what it means to deliver Strategy @ Speed.