Turning 40, Compassion, and One Day, Forgiveness 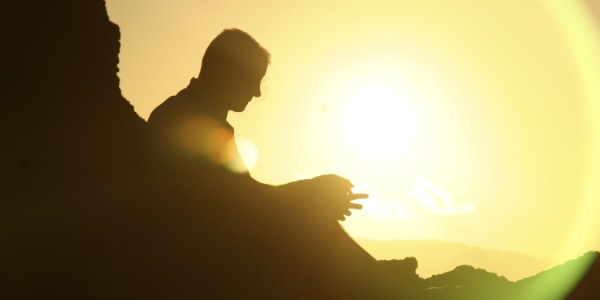 I’m turning forty. I like to think of it as growing into forty. It doesn’t scare me or keep me awake at night. I don’t have fears of losing my hair, gaining weight or of ill health. In fact, it’s quite the opposite. As my hair thinned, I took a proactive measure and cut it short, really short, like right to the wood.

Weight has been an issue for me since my late teens. I often quipped that I was born at 192lbs. By my mid twenties I was tipping the scale well over 200lbs and reached my heaviest at 235lbs in my thirties. I now weigh in at 168lbs thanks to a great personal trainer, good eating habits and a rigorous six day a week workout regime that for some odd reason I can say I absolutely love!

Ill health, well I took care of that one too. In June of 1997, I discovered a lump on my neck which would lead to Thyroid Cancer. Cancer is a scary word, a word that conjures up ugliness in the form of a disease that seems to illicit a death sentence when attaching the words, “I have” to the front of it. As I reflect back on that time and what was going on in my life, I recall not allowing the death sentence part to enter into the picture. Yes, Thyroid Cancer is probably the best form of cancer (if one can even say that) but it’s still the “C” word and anyone that says “I have” in front of it knows how powerful that sentence is and what it can do to your mind. The “something” I had going on in my life at that time was far more important than surgery and treatment. That “something” is my daughter.

My daughter is now eleven. She was born December 19th, 1997. She’s a miracle, a gift, a very special person in my life. So special in fact, I have her name tattooed on my upper arm. I brought her with me so that she could witness me wincing at the pain that comes with having ink done.

As I reflect on what it means to be turning forty, I think of my daughter. I think of the kind of role model I am for her, the example I set. I ask myself often, “Am I a good father?”

Once a week, usually on a Friday night, my wife and I let our daughter haul her sleepover bed into our bedroom. It’s something we’ve done since she was quite young, and I’m sure we’ll do for many more years to come. I’m guessing by the fact that she chooses my side of the bed and insists that my arm hang down off the edge so that she can hold my hand, is a good indicator that I’m on the right parenting path. Over time, I’ve decided that while I have much to learn I’m not in a rush to learn it; I feel content, I feel I understand what it means to live in the moment. “At peace” is probably the best descriptor.

I didn’t always feel this way.

I grew up the middle child in a family of three boys. I was the sensitive one, the glue, the parent of the parents (more on that later), the responsible one, and the worrier. My childhood was filled with the regular adventure shared by three boys.

My childhood was also filled with fear, instability and worry. To say that I grew up in a dysfunctional family is somewhat of an understatement. I grew up in a home where I observed how to start things, a task, a project, a course or a whole program, I knew how to start but I was never taught how to finish. If you’re reading this article, it’s a testament to the fact that I overcame my inability to finish what I started.

My house, not be confused with a home, was filled with anger, hatred, selfishness and sadness. It started out normal but only because I didn’t know it was abnormal.

My parents divorced a month after I married the love of my life.
As the photographer took the wedding photo of me with my parents, the flash bulb blew, so only half of the photo developed. The other half with my dad looked like a negative. He was washed out of the picture; very much the way I remember him in our house growing up – not part of the picture.

So how did I become a good father? Certainly not by example. Instead, I chose to.

As I grew into forty, I chose to be intentional with my time, interactions, and in my relationships with others; as I did, I included my dad in the same process.

It wasn’t by choice that I put him first on the list of people to be intentional with. When the relationship my dad moved on to after his divorce was in jeopardy, and he was given an ultimatum, I stepped in to “set him straight”. I did it out of a deep rooted sense of responsibility and an attachment to the role I always played in the family unit. I chose to be the caretaker, problem solver, the parent – again.
It started with a breakfast. I invited my dad to meet me on a Saturday morning, a time that would allow me the flexibility to take all the time I wanted, or as little as I could tolerate. It was awkward, it’s always awkward.

I started off with some prompting questions, trying not to make it obvious I knew more than maybe he thought, about his relationship troubles. I didn’t know if he knew our breakfast meeting was a staged encounter rather than a son wanting to spend some quality time with his dad; he seemed oblivious to the timing.

Our conversations typically only touched on safe material like work and weather. I wouldn’t describe my dad as complex but it doesn’t seem to bother him. He likes things simple. I always thought I was a simple guy and have been recently challenged to drop that view of myself. I now consider myself a guy that likes to keep it simple too.

So why do this, why spend time with a guy I see as a stranger, who seems quite content to not have to step up to the plate as a father? The simple answer is that it’s giving me really good eulogy material. Prior to these breakfasts, I had nothing.

But the real answer is I’m turning forty and now see things through a different lens, a lens that has been influenced by a lot in forty years, a lens that my dad once looked through but has never shared with me and I have never asked. So I began to ask questions. I shared my perspective. I shared how I viewed his relationship to my mom as one based on existence not love. How we were all taught to look out for our own interests; how love and compassion were simply foreign emotions.

Being the sensitive one of the family somehow brought with it the wisdom to know that a lack of love and compassion was not normal. But how does one feel love or compassion for people they see as strangers. To this day I struggle with that question. To say I love my parents is odd because it isn’t a human kind of love. It’s a spiritual love, something far grander than I am humanly capable of expressing.
Love for my biological family isn’t natural for me. It’s not that I am not capable of loving. I love my wife and daughter deeply and have very close friends that I also love. But, the love for my biological family is far beyond what I can humanly express.

During our breakfasts, I asked my dad to try and recall what he remembered of me at twelve, when he was forty, raising three sons. To my surprise, he recalled things that he’s not proud of. He talked of our house filled with anger, hatred, selfishness and sadness, the same things I described, and he too avoided the term “home”. He admitted his shortcomings and apologized for not being a better role model or example. My dad is not an emotional kind of guy, but tears welled up as he spoke.
In sharing the same perspective, I was able to set aside my anger and feel compassion. I began to see another human being sitting across from me and beyond the gruffness and insensitivity was someone that perhaps really wasn’t proud of the choices he had made in his life.

He continued to apologize to me. He blamed a lot on my mom for the breakdown of their relationship but he took a lot of responsibility for his own actions too. He admitted that my brothers and I were pushed aside as my parents battled through their issues.
Growth only comes when we allow ourselves to step up to do the difficult. The gift in return is an opportunity to heal what has been broken.

When I was able to articulate to my dad that I am who I am today because of who he was and in a lot ways still is; the peace started to come. I shared with him the idea that regardless of how negative my upbringing was I chose to manifest my life in a positive way. I chose to be a victor, not a victim. He seemed surprised at what he was hearing, he didn’t understand the terms “breaking the cycle”, “stepping up to do the difficult”. Perhaps, my dad is innately wired to remain in a cycle of negativity, where the easy stuff is most comfortable and the effort to change is best left for others. Time will tell.

My relationship with my dad will never be easy and I may never see who he really is. I recently had breakfast with him again expecting to ask a lot more questions and build on what we had started earlier, but our conversation was back to square one. It was filled with uncomfortable silences, flat lining to the end.

Upon reflection, I realized the error was mine. I had an expectation again, that he might just pick up the tab. Instead, I watched him pick the check off the table muttering, “Will you get this, I’m a bit short this week”. I had expected him to change. I had expected too much.

Truthfully, I was hoping to walk away with a happy ending for this article. Instead, I walked away with the reconfirmed lesson of expectation. Receiving what we expect is often too easy, too comfortable. Growth is born out of being patient and uncomfortable. It’s the gift my father offers as I journey with him through life.