Welcome To The Year Of The Tiger: If You Want To Win, You Have To Live Dangerously 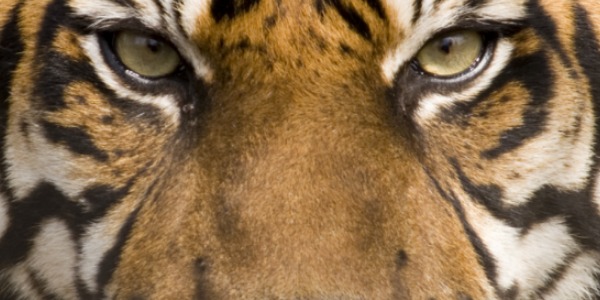 Congratulations! You made it through 2009. Take a bow. I’m serious. I want to give you props. You endured a cataclysmic year. You rolled with the punches. You came back from the brink. You kept your faith. You’re ready for another year of drama, excitement, tragedy, comedy, wonder, discovery, contribution, heartache, loss, profit, pain and pleasure.

The purpose of 2009 was simple: to prepare us for 2010. It was a year of extremes. From the low of March to the relative high of December, the world was introduced to a whole new level of volatility. But despite the lingering shell-shock, and the inevitable future-shocks, the signs are bullish. Growth is returning. A cautious confidence is emerging. But it’s inside a more brutal reality. Abundance has given way to tightness. There is still massive opportunity but it’s not hanging low off the ground. To succeed in 2010, we’re going to have to go way out on a limb – where others are afraid to go. Where others see fear, we need to see opportunity.

I have been a motivator and coach for almost seventeen years. I make a living sensing the environment, scanning the trends, and intuiting the winds of change. I believe that 2010 will be a Big Year for people who are willing to be Tigers. Why? Because the majority of people are running scared. The shocks of the past two years have wedged themselves deeply into the collective psychology. “Safety First” is the filter through which the vast majority of people will process their world in 2010.

Success in 2010 requires exhaustive exploration and experimentation. The world is being reconstructed. The rules are being rewritten. The game is being reinvented. New players are entering the game. Existing players are either becoming better or they’re going bust. Everything is being redefined, all the time. Every industry, including mine, is being shocked and rocked by crises that cannot be anticipated because they’re so new. It’s not the circle of life; it’s the circus of life.

So, in this new environment, you can’t play it safe if you want to win. You have to risk yourself in the pursuit of the unprecedented. The best insurance comes from being the best. And, being the best demands that you imagine, dream, design, visualize, or strategize a better way – beginning now. That’s what I’m doing with these words. I’m writing them for you but, as importantly, I’m writing them for me. I’m crystallizing my own philosophy for success in 2010. I’m galvanizing my mental resources to magnetize massive success.

I’m serious. As you read these words, you’re thinking about how you can win, right? You’re becoming conscious of your need to succeed and how you’re going to meet it. And who is helping you do that? Me, of course. I’m becoming your go-to guy for inspiration in 2010. And who are you going to tell? Everybody, right? And how is that going to benefit me? They’re going to read these words. And the cycle will continue. The more people I reach, the more successful I become. What’s your plan?

Here’s the core insight: in an environment of constraint, you have to set yourself free. When there are fewer resources, you have to become resourceful. The winners in 2010 will use constraint to create abundance. Internal resources such as imagination and daring will replace external resources such as money and manpower. Look around you. I mean really look. Look in places you’ve never looked in before. Talk to people you’ve never talked to before. Read things you’ve never read before. Listen like you’ve never listened before. Become a detective of opportunity. It’s all there. It’s waiting for you. It’s just hiding. It will show itself when you’re ready.

But there is a price to pay. Right now, the possibilities are incubating inside of you just like these words were incubating inside me. The fact is I had to invest the time and energy to write them. I had to stop procrastinating. I had to face the bogeyman of the blank page. I had to wrestle with my own doubts. I had to find the words you needed to read. You decide whether I succeeded.