Would Your Business Pass The Passion Test? 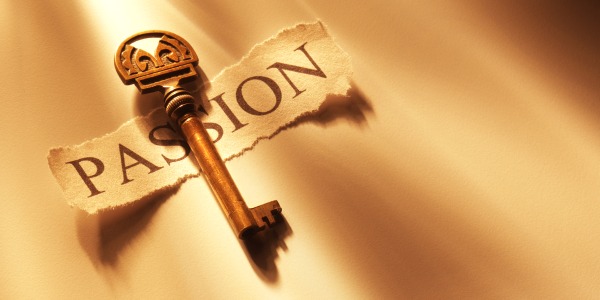 Not enough passion in your organization? It’s costing you. Gallup estimated that the 22 million workers who consider themselves either actively disengaged or extremely negative in their workplace costs North American organizations $300 billion dollars a year in lost productivity. This excludes related absences, illness and other factors which would make the number far higher.

Think most of your people would stay in your organization? Think again. Monster.com estimates that 70%, or nearly three out of every four workers, would leave their job if something better came up, and that includes people who aren’t actively looking for new employment. On the loyalty front, there’s more disconcerting news: one employee out of four who is content to stay, is not likely to be the most talented or productive.

There may be a more enlightened way to go forward. Enter Chris Atwood, MBA, a former software training and consulting executive, whose resume boasts top companies like HFI, Dell, and Ford. Atwood paired up with Janet Atwood, his business partner and a former corporate executive to co-author an exciting new best-selling book, The Passion Test.

Having taken The Passion Test myself, it resonated with me in my work to help others better apply their intuition Ting! and creative power in life and business. So I caught up with Chris to find out more about how The The Passion Test might be useful in organizations.

Both Chris and his former spouse Janet, who are still best friends, left good jobs to begin mentoring a group of enlightened entrepreneurs looking to create wealth and contribute to a better world. They began teaching The Passion Test, a long-time interest of Janet’s, and saw how people were able to create remarkable results after taking the test and applying it. They created a best-selling e-book in 2006 and in 2007 the book was published by Penguin and became a New York Times Best Seller.

Chris sees The Passion Test as an opportunity to bring attention to the fact that 80% of the population is not passionate about the work that they do. Recognizing this has great implications for personal development, talent development and performance management in all kinds of organizations and businesses, as well as the prospect of having more fulfilled lives.

Success Built to Last is a follow up to Built to Last by Jerry Porra, Mark Thompson and Stuart Emery, who interviewed over 300 enduringly successful people, both known publicly and unknown, who had been successful for 20 years or more, including Michael Dell, Bill Gates, Maya Angelou, and Lance Armstrong. They found their interview subjects had all developed the habit to make choices based on what had the most meaning for them.

For CEOs, managers and human resources leaders the message is also part of a new competitive reality. As Larry Bossidey, CEO of Honeywell starkly states in the above mentioned book:

“It’s a competitive imperative. Only by loving what you do will you actually do more and do it better than the person sitting next to you. If you don’t, well then, we’ll find someone who does.”

Chris says that most people think they can’t follow their passions for two main reasons. They think they can’t afford to or that they won’t be able to support themselves. Or they think they need to be “realistic”, as they were taught, or put off dreams until they have the money to follow them. These thoughts prevent people from following their passions and being able to express their own unique contribution in their life, work and world.

Chris also points out how our beliefs impact our behaviour.

“What stops people from living their dreams is the belief that they think they can’t. So they create a lot of self-evidence to support it.”

The truth is, as articulated by Born to Believe authors and neuroscientists Dr. Andrew Newberg and Mark Waldman, that we create a belief when a new neural pathway is formed. Through repeated use of that pathway we affirm it. We also have the possibility to live the dream and create new neural pathways that enrich our experience and move us forward.

I have also articulated some of this in my recent personal innovation book Spark. Most people are aware that we live in a mainly intellect centered mental world in organizations. The next order of change is to become both more heart-centered and more action oriented. With the pace of the global market, we can’t afford to continue to over-think things as we have in the past. We need to do more. This is another thing that I find attractive about The Passion Test. It’s action-oriented and takes us further with more alluring, invigorating and inspiring approach to decisions.

Chris elaborates further on current global realities; “We’re living in a time where we are competing for our jobs or for our business with people throughout the world. In the past, I might have had some skill or ability that would outperform the capabilities of others in my area. Even though I wasn’t passionate about it, I was able to do it well enough to get by.”

“Today companies can find accountants or marketers or sales people or designers with particular skills anywhere in the world, through technology. What that means is, if I’m not passionate about something and not excited about it, then I’m not going to do the same quality of work as someone who has the skill and is more passionate about it and they’re going to outshine me. When I’m passionate the quality of my work and my ability to have a competitive presence has increased.”

So passion has now become a differentiator that works both ways, for individuals and for organizations and businesses.

The Passion Test really is a test. It’s a tool that allows people to clarify what their top five passions are. The process is so simple and yet so powerful, but it pales in comparison to how it can help people make decisions.

Chris and Janet have found that when people use their Passion Test as a barometer to assessing opportunity, it moves them closer to the things they care most about, and unlocks the key to success for them.

The Passion Test On-Line, developed by one of their students, takes people through the process with a Decision-Meter that helps them rate whether their decisions will take them closer or further away. So, it seems that the new gold standard for human capital might be “passion capital”. If a business or organization is staffed with people who are passionate about their work, it will have a greater competitive advantage. Passionate people working together create a synergistic effect that collectively yields a great deal more that the sum of its parts. United by a common vision, and their particular contribution, outcomes can be created that wouldn’t have been possible before.

Companies at the cutting edge, like Google, do whatever they can to support the passion of their employees.

This is the kind of radical thinking that flips goal setting and competency planning on its head. And, where the opportunities for success and innovation far outweigh the risks. The greatest risks are those that result from maintaining the status quo or doing nothing.

A company will be most successful to the extent that it can place people in the position where they can share the most gifts. Chris shows how this might work from a basis of passion.

“Each of us have unique, skills, talents and contributions that only we can make. The way to be most effective is to do something that enables each of us to share these contributions.”

“The company stills sets their vision….the task of placement is to find the people that have the passions and unique gifts to make them ideally suited to do that work.”

“After defining your Core Passions, a passion for gardening, for example, might lead to the question: What is it about gardening that I love? Is it being able to work with my hands, or working with the environment or growing beautiful things? From there the employer would identify positions for career development paths.”

So, go ahead and take The Passion Test for yourself and encourage your employees to do the same. You’ll learn a lot and you might set the stage to achieve the next generation of optimal performance.

With all the economic turmoil North American companies and workers have experienced this might be the beginning of a return to sanity.