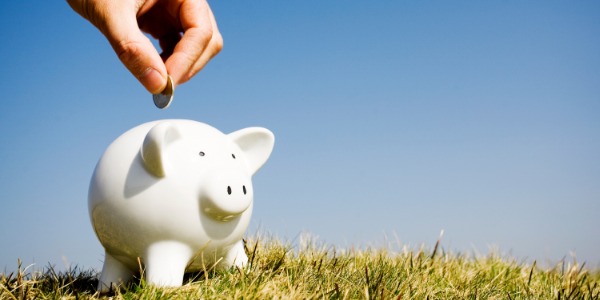 Before I learned Rule #1 and got rich, I mostly got dirty for a living. I entered the Army at 19, did a couple of years of training followed by a tour with Special Forces 8th Group (a.k.a., Green Berets) which took me to South America, and I led a security platoon in Vietnam. After I got out of the Army, I dug ditches, washed rental equipment, pumped gas, drove trucks, bussed tables, and machined leg braces.

I finally found a steady job as a river guide. And after a couple of years of guiding in California, Utah and Idaho, I ended up in the Grand Canyon. By then my hair was as long as everyone else’s, I wore black leathers, grew a goatee, lived in a teepee in the woods near Flagstaff, AZ, and drove around in a really loud black Harley Davidson scaring people.

Life changed in 1980, when I took the trustees from Outward Bound down the Canyon for two weeks. After seven days, we got to Crystal, the nastiest rapid in the Grand Canyon. Eighty thousand cubic feet of water per second crashes into a granite wall, turns 90 degrees and drops 35 feet. We started off okay, drifting down the right side, but when I told my charges to paddle for the right shore, we went nowhere. In fact, we kept drifting closer and closer to the hole. “Paddle faster! Harder! Your lives depend on it!”

But we just kept going backwards toward the hole. There was nothing to do but turn the boat around and hit the hole straight on. Just then, I noticed a little seam of water between the wall and the hole and I screamed over the noise of the rapid for my crew to paddle toward the upper edge of the hole as hard as they could. To this day I don’t understand how we managed to slide past that big hole. We hit that little seam of water perfectly, missed the wall, missed the hole, and came out the other side. And we didn’t even get wet. Very exciting!

When we came ashore, one of the guys vomited while I had to explain to the owner of the company, who happened to be along on the trip, why it wasn’t really my fault that I’d just taken six of his VIPs on a joyride to the edge of disaster.

Later that evening, a member of my crew hugged me like a bear, eyes full of emotion and said, “How can I thank you for saving my life?” (I didn’t tell him I’d nearly killed him.) This man was a self-made millionaire. He’d made up his mind to teach me how to invest and he wasn’t accepting complete apathy and a bad attitude for an answer.

Around the fire that night he asked me how much money I made. I told him $4,000 during the rafting season and that I was drawing unemployment for the other six months. That shut him up for a couple of days. But he persevered, piqued my curiosity and eventually got me working for him as an apprentice. After a year of working my butt off for free, I’d mastered the basics of what I now call Rule #1 investing – investing when the price of the investment is a big discount to the value of the investment. At the time, I didn’t know The Rule was used by the best investors in the world and has been for the last 80 years. All I knew was it made him money.

So I borrowed $1,000 and went on my own and five years later I was a millionaire.

Today I understand that buying undervalued shares of companies is the most certain way to make a fortune. This simple strategy is so timeless it will be making millionaires and billionaires 100 years from now no matter what changes in technology happen. But certain millions? Really? If you understand one simple thing about stocks, the answer is ‘Yes’.

What Warren Buffett and a lot of other billionaires know that has made them fabulously wealthy is that the price of a stock doesn’t always have a whole lot to do with how much that business is actually worth. To put it another way: To get rich you have to learn how to look beyond stock price and at a business’s value and if you get it right, you are, in Buffett’s words, ‘certain to make money’.

The one and only secret to fabulous investing is to make sure the value of the business is substantially greater than the price you are paying for it. I swear to you that’s all there is to it. If you get this right, you cannot help but get rich.

Most investors make the mistake of thinking the price they paid has some necessary connection to the value of the thing they bought. I don’t know why stock market investors think that when it’s so manifestly and obviously not true in any other sort of market they buy in regularly. Surely they bought a used car sometime in their lives. They wouldn’t confuse the price being asked for a used car with the value of that car, would they?

Just because a guy is asking $5,000 for his old Toyota doesn’t mean it’s actually worth $5,000. If you‘re reasonably smart, you go look the car over, make sure it’s got an engine that works, and the body isn’t a disaster. You check to see what similar cars are going for and use that price as a guideline, but only if it’s reasonable.

Why wouldn’t investors do something similar when they buy stock? Because they don’t know how to calculate the value of a business the way they do with cars.

Price is just the amount you paid. That’s all it is. It doesn’t mean a dang thing other than that. If you want to know the value of the thing you bought, well, that’s an entirely different question.

Those two things can be and often are quite different. We’ll start our lessons on how to buy undervalued companies and make millions with this simple phrase: Price is not the same as Value.

If we know the price of a thing is less than what it’s worth (its value) then something remarkable becomes possible: We can buy it and be certain we will make money.

“Certain?” you ask. “Come on. There’s no way to be certain you’re going to make money.”

Yup, there is a way to be certain and it’s really simple. Just put on your logical, rational hat and follow me: If the value of the thing you bought is greater than the price you paid, you are guaranteed to make money. You have gotten rid of the risk of making the investment. The only question is how long you have to wait for the price to come back into line with the true value.

In the case of our horse, Sherman, we bought him so cheaply we could sell him for a two to three times what I paid after doing some basic maintenance and training. If I want to sell him for the maximum amount—his full value as a Level-4, 17-hand, beautiful dressage horse with amazing action—I’ll have to be more patient and wait for a better market when the price will come up to the value.

The same thing applies to owning shares of a business. If you buy at a price well below the long-term value, you may not be able to sell for a profit immediately. In fact, the price may go down before it goes up. There’s no guarantee that the short-term prices for Sherman won’t fall lower. But long term, the price will come up to the value. True for a horse. Especially true for a business.

With a business you don’t know exactly when you’ll make money because you have to wait for the price to come up to the value. But because it’s a business that produces cash, the price will inevitably rise to the value of those future cash flows someday. So that’s pretty cool, huh?

But it raises an important issue: How long might it take before the price gets back to the value? What good is “someday” if we can’t cash out when we need to? Well, here’s where my 10-10 Rule comes into play: We don’t buy a business for even ten minutes unless we are willing to own it for the next ten years. We do the 10-10 Rule for two reasons:

1. It forces us to think long term and

2. We may be in such a bad stock market that we actually don’t expect to see the price come back up to the value for ten years, and we want to be totally okay with that.

This puts quite a strong requirement on us that we know our businesses. In the meantime, in case all this is scaring you, just remember: I’ve done valuations with both businesses and horses, and businesses are a lot easier. When you find a business with the price lower than the value, you can’t lose if you don’t have to sell. But there must be more to it than that, right? What’s the catch?

You probably saw one issue immediately. The stock price is going down like a brick and you’re buying it like it’s diamonds? How could you do that if everyone else is selling? Are they really that stupid and you’re really that smart? Do you have to be a genius to do this stuff? Maybe that’s the catch. No, you don’t. And no it isn’t. The guys who are selling aren’t stupid, and you aren’t that smart. It isn’t about stupid versus smart.

If you are a reasonable person you can rock the financial world. As crazy as that sounds, it’s so true. Making big money stockpiling stocks is about Mr. Market’s emotions versus your reason.

For now just understand that if you can keep your head while Mr. Market is going through a bi-polar emotional meltdown, you are going to become very rich. You don’t have to be real smart. You just have to be calm and rational. Can you keep your head when the Big Guys—the mutual fund managers who control more than 85% of the money in the stock market—are freaking out? Of course you can. And if you’re not sure, pick up my book. One of the main themes is to show you exactly how to stay calm when everyone else is freaking out. You do that, my friend, and you are going to get very rich. For certain.