Wall Street Is Late To The Party 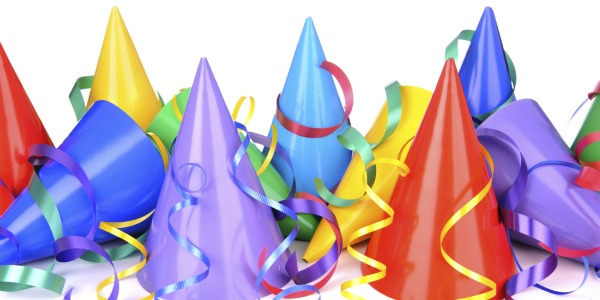 In 1999, after 34 years in business, Berkshire had a market capitalization that positioned it as the 74th largest American company. Yet it had no Wall Street research coverage. Stock analysts largely ignored Buffet’s masterpiece. Was it an investment company or a bona fide operating company? Was Buffet a CEO or an investment manager? Wall Street could not figure out Buffet’s unconventional methods, nor did it pay for them to do the research on Berkshire. Since banks paid for stock research from trading profits, Berkshire was a dud. Only meager profits could be gained from trading Berkshire stock. Its loyal investors didn’t want to let it go.

All this changed in 1999 when Alice Schroeder, a Paine Webber research analyst, wrote the first Wall Street research report on Berkshire. She concluded that Berkshire was a conglomerate – a mix of different operating businesses with a sizeable investment portfolio. But unlike other conglomerates, the businesses that Berkshire owned did not enjoy synergies. Each company operated independently and sent the capital it did not need to Buffet to invest for Berkshire’s owners.

Berkshire in 2011 is great deal bigger but its play book has not changed much. Buffet continues to rely on his managers to run their day-to-day business operations. He continues to devote precious time to reading and thinking. Like a miner panning for gold, he sifts data from newspapers, annual reports, and other publications, looking for gaps in value that others miss.

To determine the attractiveness of businesses as investments, Buffett uses a simple checklist. To meet his tests, companies must possess (1) “a sensible price tag” (be economically sound); (2)”durable competitive advantages” (enjoy a wide moat); and (3) business that he can understand (be within his “circle of competence”). Finally, Buffett will invest only in companies with managers who are passionately involved in their business creations. These leaders don’t need money. They work because they love what they do.

Even though he is not involved in the day-to-day operations, Buffett pays close attention to how much cash each business generates. He determines how much is needed to maintain an appropriate growth and how much can be invested elsewhere to build intrinsic value in the Berkshire enterprise.

In his 2007 shareholder letter, Buffett ordered a capsule view of how he assesses companies based on their capital allocation profiles. He sorts businesses into three categories based on the cost of business growth: great, good, and gruesome. This sorting allows him to see sizzle where others cannot.

See’s Candies:
A Great, Not Just a Good, Business

Buffett puts See’s Candies into the “great” category. Most CEO’s would not. In 2007, See’s sold 31 million pounds of chocolate, a growth rate of only 2 percent. What does Buffett see that others miss? First, See’s meets Buffett’s economic criteria: He paid a sensible price for the business. Second, the company enjoys a durable competitive advantage: Its quality chocolate is bought by legions of loyal customers. Third, it is a business he understands. And fourth, it has great managers. But the company possesses one more attraction that gives it star quality: It throws off cash and required very little capital to grow. Buffett explains See’s value proposition in his 2007 shareholder letter:

We bought See’s [in 1972] for $25 million when its sales were $30 million and pre-tax earnings were less than $5 million. The capital then required to conduct the business was $8 million. (Modest seasonal debt was also needed for a few months each year.) Consequently, the company was earning 60% pretax on invested capital. Two factors helped to minimize the funds required for operations. First, the product was sold for cash, and that eliminated accounts receivable. Second, the production and distribution cycle were short, which minimized inventories.

Last year, See’s sales were $383 million, and pretax profits were $82 million. The capital now required to run the business is $40 million. This means we have had to reinvest only $32 million since 1972 to handle the modest physical growth – and somewhat immodest financial growth – o f the business. In the meantime, pretax earnings have totaled $1.35 billion. All of that, except for the $32 million, has been sent to Berkshire.

Buffett uses See’s cash to buy other attractive businesses. Getting biblical, he noted:

Just as Adam and Eve kick-started an activity that led to six billion humans, See’s has given birth to multiple new streams of cash for us. (The biblical command to “be fruitful and multiply” is one we take seriously at Berkshire.)… There’s no rule that you have to invest money where you’ve earned it. Indeed, it’s often a mistake to do so: Truly great businesses, earning huge returns on tangible assets, can’t for any extended period reinvest a large portion of their earnings internally at high rates of return.

But a company like slow-growing See’s is rare in corporate America. In order to grow earnings like See’s, CEOs in other businesses typically would need “to invest $400 million, not the $32 million” that See’s required. Why is this true? Because most growing businesses “have both working capital needs that increase in proportion to sales growth and significant requirements for fixed asset investments.” Not so at See’s.

FlightSafety:
A Good, Not a Great, Business

Berkshire’s FlightSafety business, acquired in 1996, is the poster child for a “good” business. Like See’s, it possesses a durable competitive advantage as the leading provider of airline pilot training. Going to a different company, says Buffett, would be “like taking the low bid on a surgical procedure” – a frightening image when you are strapped into a narrow seat 35,000 feet above the earth. How does FlightSafety rank on the amount of capitol It needs to grow? Not great, but good.

Each year, the company must invest in new flight simulators to train pilots to fly new planes. Each simulator costs roughly $12 million; they aren’t cheap. Buffett counts FlightSafety as good business, “but far from a See’s like return – return on an incremental investment of $509 million.” He explains:

[I]f measured only by economic returns, FlightSafety is an excellent but not extraordinary business. Its put-up-more-to-earn-more experience is that faced by most corporations. For example, our large investment in regulated utilities falls squarely in this category. We will earn considerably more money in this business ten years from now, but we will invest many billions to make it.

Buffett never forgets that growth is good, but only at a reasonable cost.

[A] durable competitive advantage [in the airline industry] has proven elusive ever since the days of the Wright Brothers. Indeed, if a farsighted capitalist had been present at Kitty Hawk, he would have done his successors a huge favor by shooting Orville down.

The airline industry’s demand for capital ever since that first flight has been insatiable. Investors have poured money into a bottomless pit, attracted by growth when they should have been repelled by it. And I, to my shame, participated in this foolishness when I had Berkshire buy U.S. Air preferred stock in 1989. As the ink was drying on our check, the company went into a tailspin, and before long, our preferred dividend was no longer being paid. But we then got very lucky. In one of the recurrent, but always misguided, bursts of optimism for airlines, we were actually able to sell our shares in 1998 for a hefty gain. In the decade following our sale, the company went bankrupt. Twice.

Buffett compares these three different types of great, good, and gruesome businesses to “savings accounts.” The great business is like an account that “pays an extraordinarily high interest that will rise as the years pass. A good one pays an attractive rate of interest that will be earned also on deposits that are added. Finally, the gruesome account both pays an inadequate interest rate and requires you to keep adding money at those disappointing returns.”

Now it is easy to see why Buffett’s attraction to See’s is not just the candy. The company is a chocolate-powered cash machine. Buffett’s ability to allocate capital wisely and grow long-term economic value at Berkshire has produced his unbeatable track record. But he has not done this alone. He enjoys investor support. In fact, he has attracted what are arguably the most loyal investors on the planet. Their loyalty allows him to tap dance to work every day.

Excerpted by permission of publisher